Straight Official Sits Down With P-Butta 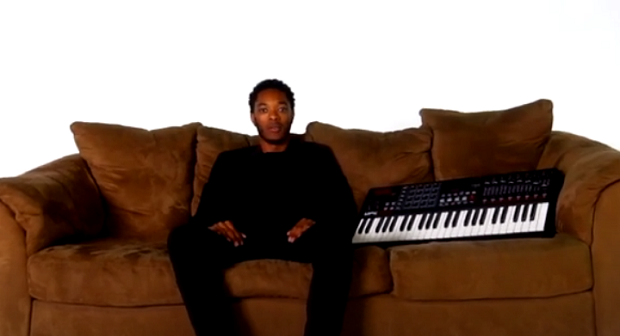 Check out the new video from S’bortè “What a Night” ft. Thr33 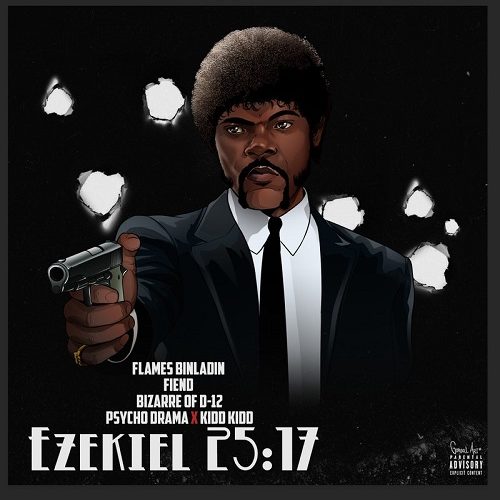 Flames BinLadin is one of Cleveland, Ohio’s Best Underground Artist. He is feared lyrically because of his rapid fire flow. Former member of Mo Thugs records founded by Cleveland Bone Thugs & Harmony, Flames is set to take his shot at hip hop stardom. Rapping Since the age of 17, Flames has set a collection of music that defines the trials and tribulations of a young man coming from the streets of Cleveland.

After Recording over 50 songs with Layzie Bone’s Mo Thug Records, Appearances on Krayzie Bone’s Thugline Records and Bizzy Bone’s 7th Sign Records, made Flames determined to establish himself as an artist of the future. The hit single “For The Love of Money 08” features Bizzy Bone received over 1 hundred thousand plays on youtube and recorded three more songs for Bone Thugs project Krayzie Bone feat Layzie Bone and Flames” This is How”Layzie Bone feat Flames” You Lookin at him”and Layzie Bone feat Lloyd of murder inc and Flames Working hard through the Midwest Mixtape scene Flames built a Fan base of Bone Thugs & Harmony lovers worldwide has established Flames as a force to be reckoned with. With the Release of “For The Love Of Money Mixtape” in February of 2008, And the Release of “Don’t Play with Fire Mixtape ” 2009 and parted ways with Mo Thugs records. Flames has been the opening acts at shows for national recording artist(s), Young Buck of G Unit, Lil Flip, Lil Kim, and Bizzy Bone. Collaborations with Ohio Hip Hop Awards Best Mixtape Dj DJ E V, DJ G Spot’s Midwest Invasion Series, and Dj Blazita’s Like a Star Series, its set to be a hot spring and summer for the new artist recognized for his talent and flow.

Flames has received a lot of exposure being a feature artist on a street single that featured Platinum Artist Layzie Bone of Bone Thugs & Harmony and Lloyd of Murda Inc. The “Take You Home”(One Night Stand) single is the featured single from Bone Thugs: Thieveland Soldierz from Dj Ice of Bone Thugs/ITW compact disc. Working with Producers Trunxks on his debut album Ezekiel 2517 releasing November 20th 2020 it’s set to be a bright future for the new artist known as Flames. “

To Bring a new era and fresh sound to the rap game” is the goal of the new artist.He also has been featured on national websites such as www.allhiphop.com and www.XXl.com.

“So Throwed” is on Flames latest album, Ezekiel 2517. The album is now available on Spotify, Amazon and Deezer. 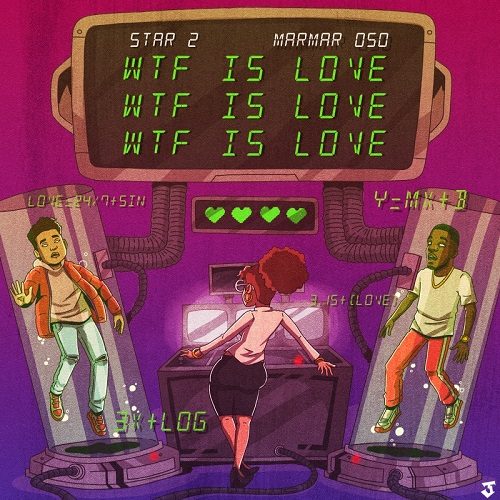 San Diego’s Star 2 has been creating a buzz for himself in the industry, and returns with his new single “WTF Is Love” feat MarMar Oso. People are familiar with Star 2 with his lead single “Hollup Girl”, which had over 250,000 streams on Spotify and created a reaction on Tik Tok with social media influencers like MTV’s Justina Valentine and Jordan Beckham posting videos . Looking forward to a new year and a new project in the first quarter, Star 2 wants to leave a legacy in the music industry. Mixing Pop, R&B, and the vibey sounds of the west coast. Produced by Chico Bennett, “WTF is Love” teams Star 2 with Sacramento emerging artist MarMar Oso and is now available on all streaming platforms.

Keep Up with Star 2: 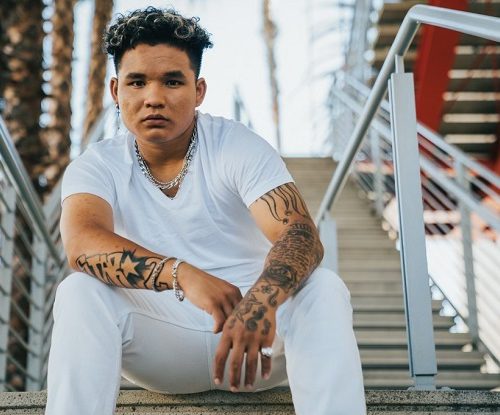 Toronto artist Brando on the Track releases his debut mixtape The Brando Tapes.

Inspired by the truly crazy year and made during the 2020 Pandemic Lockdown, the Brando Tapes is self-produced with collaborations with producer. Moses and a feature from Yung Smilez. Inspired by Wiz Khalifa and the TGOD movement, Brando has a distinctive West coast and Toronto inspired sound. Brando on the Track” is an artistic expression of confidence. Named after Marlon Brando (Godfather) the Bay and Toronto hybrid brings a new dimension to Hiphop. Brando on the Track is the executive producer on every release !

His single “Flight” debuted on Spotify with 5,000 streams and is taking off!

Boy you GOT the JUICE now !

Multifaceted entertainer and performer, Adarryl, set to release a new song titled “Let Go” featuring Q Parker Adarryl is looking to end the year on a high as he drops a new single titled “Let Go,” the song features the talented Q Parker, with the duo mesmerizing the audience with their amazing singing skills and melodious voice. In a similar vein, Adarryl has announced plans to go on a tour in 2021 as he continues to promote his craft to the world. Adarryl is known as a fearless risk-taker who is always charged to push the envelopes. He entered the entertainment business at a relatively young age, producing and conducting several fashion shows for schools in Gadsden and Leon County at 18. He also learned to design clothes, editing and arrange music, stage, and production, making props, runway training for males and females, skills that shaped him to become a respected entertainer and fashion icon in his city and surrounding states. Adarryl will eventually go into the fitness business as an aerobics instructor at university and fitness centers, performing at theme parks and recreations. As a professional performer and entertainer, Adarryl has worked with several celebrities and companies, including Silento, Jazze Pha, Omg Girl, Kandi Reign, CW, Radio 1, Vitamin Water, ATT, SEC, and T-Mobile. He has also been seen on CW, Revolt TV, Shaderoom, Barbershop 3, and tons of music videos. Adarryl has honed his skills over the years, and his latest project, “Let Go,” is a testament to this claim. Adarryl pours his mind, body, and soul into the single as he looks to treat the earbuds of listeners to one of the best songs in a while. The video to the song is also set to be released soon. Adarryl aims to bring new energy to the industry as he looks to inspire his listeners to love and embrace positive vibes with every lyric that comes out of his mouth. Listen Here: https://distrokid.com/hyperfollow/adarryl/let-go-feat-q-parker Follow Adarryl on Instagram: https://www.instagram.com/adarryllive/
read more 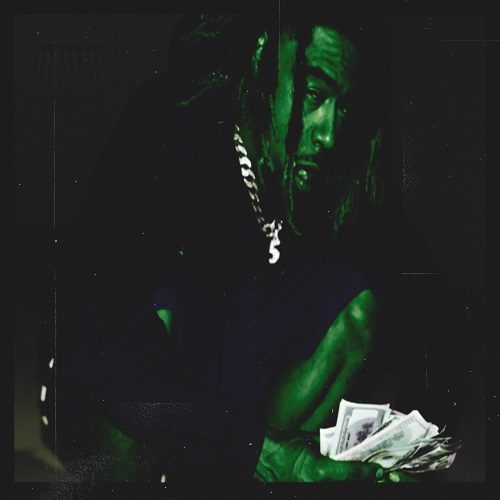 Following his appearance on the blog with singles such as, “24/8”, The Official commemorative single, in Honor of the late Kobe Bryant, in Feb., ‘S.D.F.O.’ (Step Da Fuxk Out) back in June, or more recently in September with the release of his Group/ Collective ‘Greenfolkz!’s Debut Studio Album, titled “C.O.V.1.D.E.N.T.I.A.L.”, Atlanta-based hip-hop artist, businessman & upriser, Ryan Lamar Alexander – aka 5TASH BANK$ – circles right back around, yet again, with another bonafide classic fresh off the press!

This Latest and maybe greatest installment yet, titled “BIG 5TASH” will be the Lead Single off his Debut EP entitled “I, 5tash Banks” releasing in 2021. Hardly Home but always Reppin’ his hometown, Prince George’s County, Maryland (DMV), 5tash has been focusing on his grynd for a very long time, and it’s finally starting to show in a “BIG” way & truly on another Echelon. 5tash gets BiG & Braggadocios Over a smooth arrangement by none other than his seemingly go to producer as of late & newest Member if Greenfolkz!, Joshua Branden Welch, aka “Brutus The Melodist”, in this sure classic. Make sure you you check out this absolute banger now available on all digital platforms/outlets! 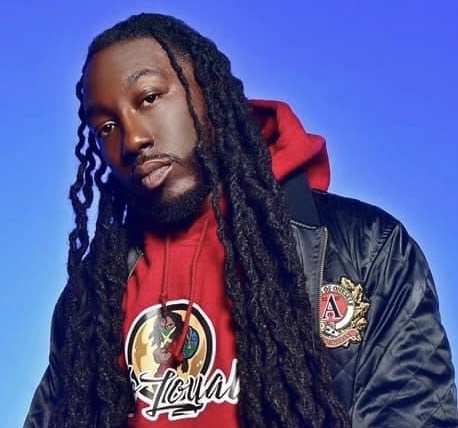 Fayetteville NC native So Loyal recruits OG Dre to talk about his urban struggles that motivated him to do better. So Loyal has been steady climbing the ladder of success with a relentless work ethic. The song “Hood Superstar” is produced by Tha Kidd QDH and is a ode to all the street celebrities who made something from nothing. So Loyal with music influences from the likes of Tupac and Jeezy offers “Hood Superstar” as the first single to his upcoming project titled “Downtown Finest”. With the year ending and the pandemic still thriving, The Grey Era are still working harder than ever. This time around, the group has released yet another hot track titled “Wait a Minute” featuring two of the most prominent members of the group: TGEMarx & TGETruth. This is not their first contribution as a duo. In fact, both have released other songs together such as “Viral” and “Run It Up”. Beyond their ability to perform lyrically, the duo are extremely versatile bringing a breath of fresh air every single release . With this brand new soundtrack, they surely did not disappoint and clearly stood behind that. Despite the title, they don’t hold back to run through the song with each and every single line punching. Yet, the duo does somehow manage to rampage through the beat while still allowing each rhyme to resonate with style and remaining catchy. Beyond their ability to be natural, original, skillful and versatile… they are harmonious. Once again, The Grey Era strikes a homerun!

[New Music] Yung Spitfire ‘Use To It’ 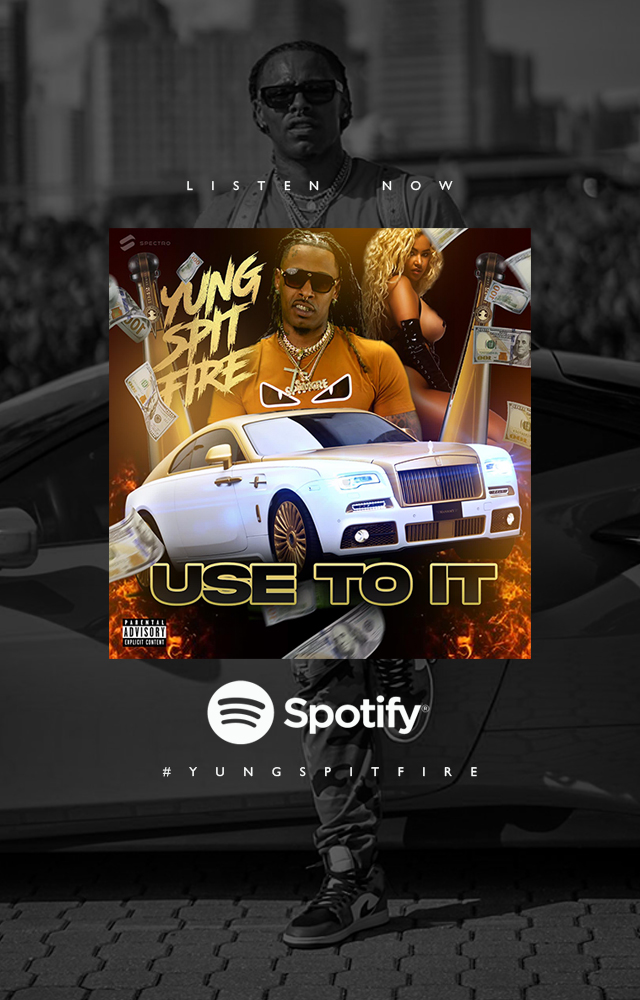 As we focus on artists and entrepreneurs on their Grynd, we got wind of an Kansas City based MC named Yung Spitfire doing just that. Yung Spitfire has been traveling around the world pushing his brand and gaining fans daily. Recently releasing a new record titled “Use To It” now available on all digital platforms, we give you the opportunity to experience his talent for yourself.