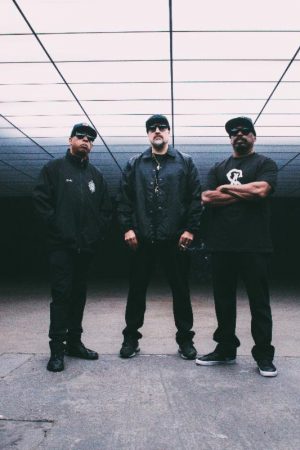 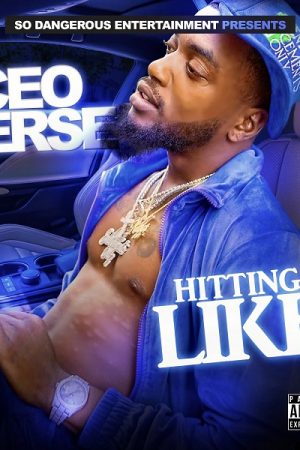 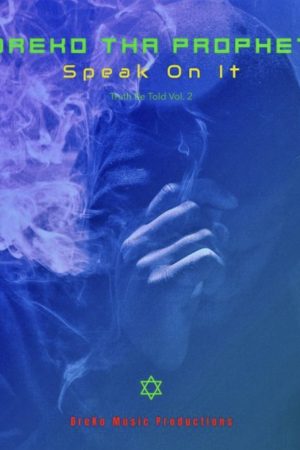 Gulfport, Mississippi lyricist, “DreKo Tha Prophet” spits fire and elevates truth to power in the original track, “Speak On It” 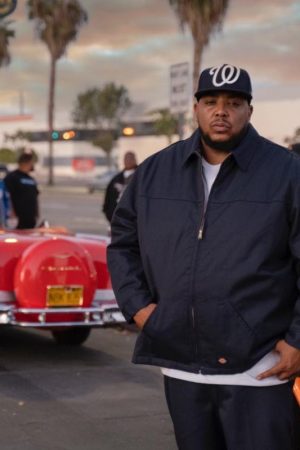 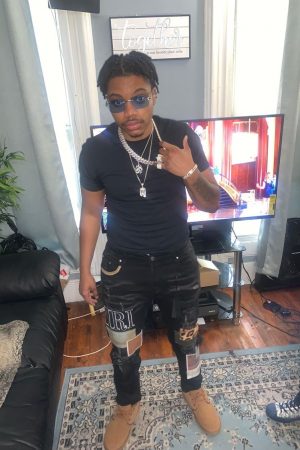 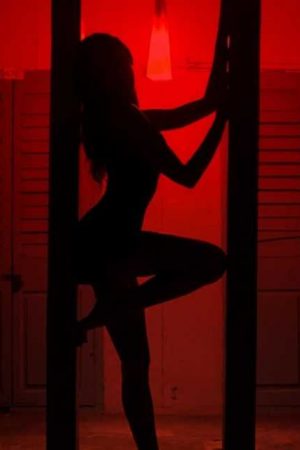 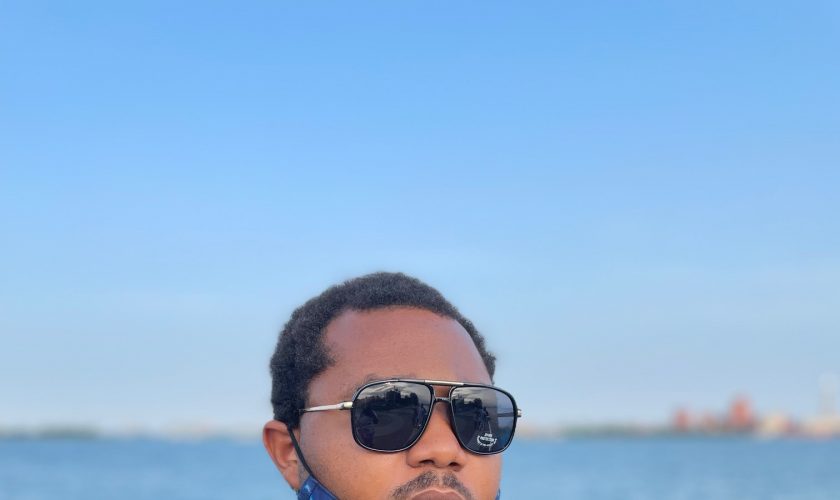 Born and raised In Detroit, Michigan Krishaun Fritz has been making music since middle school. Inspired by stars like Jeezy he’d met backstage at shows, he’ now brings his own flavor to the industry. He’s been growing a following on social media,. Krishaun has been paying dues to make it in the rap and R&B game with his debut releases.

Check out “D-Boy Block” out now on all major platforms worldwide.

Westcoast native Baby S and his debut group “Casino Gang” are going all gas ⛽️ and no brakes. 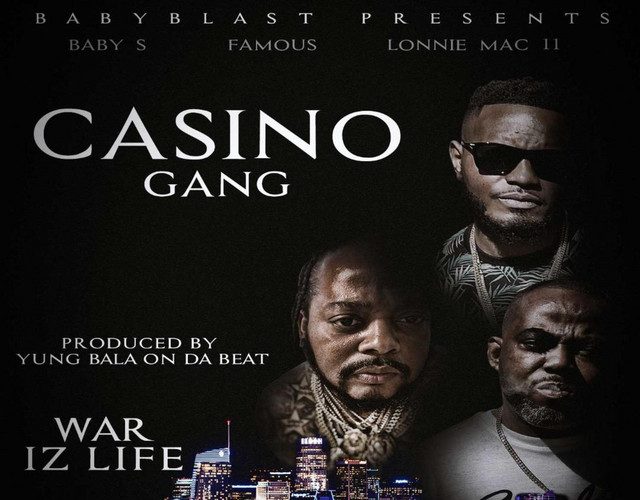 Stay tuned, these guys are definitely on a mission to bring back that original Westcoast sound. 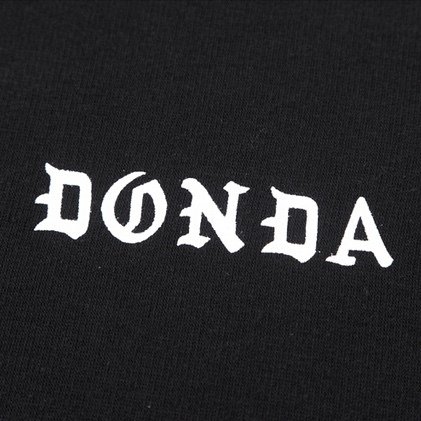 Kanye West’s epic tribute album to his mother, Donda was released Sunday, August 29. On September 5th it was confirmed by Def Jam that the album received over 520,000 equivalent units globally within a 7 days, having accumulated over 775 million global streams in that period. The album generated over 442m streams on the Spotify platform and on the Apple Music platform the album generated 242m streams. 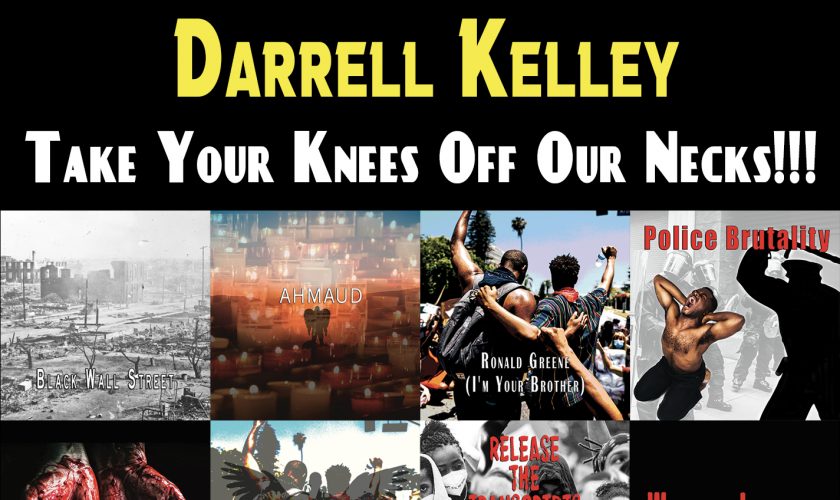 Viral Records has announced the release of both a DVD collection of music videos as well as an audio album from R&B artist Darrell Kelley. The two share the same title of “Take Your Knees Off Our Necks!!!”.

“Take Your Knees Off Our Necks!!!” has been the cry echoed in urban streets, as sadly, the long list of names from the African-American community and the economically suppressed who were killed by the law enforcement officers continues to grow. Hardly a week goes in the American news cycle that does not contain at least one report of another death of Black and poverty-stricken people at the hands of the police. Darrell Kelley is among the many millions saying enough is enough, and he says it through his music. 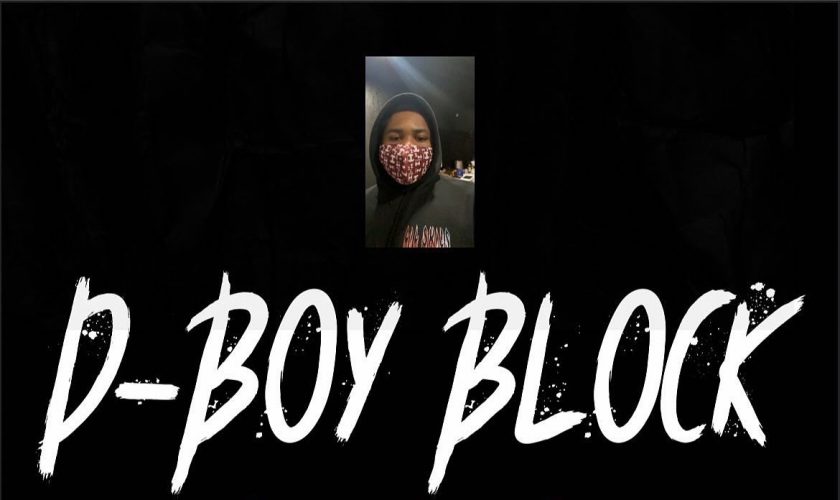 #GetSOM via @mzonpoint Krishaun Fritz Born July 12,1996 was raised In Detroit, Michigan and has been into music since middle school and high school rapping at the age of 11 in his own basement. At the age of 21, he met Jeezy and other rappers at the shows backstage and outdoor events. He always tried to work with them, inspiring by them but now he is bringing heat to the music industry which he Putting in work, networking with different artists on social media, struggling and paying to make it to the rap and R&B game with his releases his very first three singles months ago. R&B Sensation No Reason & D-Boy Block, Who Let the Freaks Out now on all Platforms Spotify, Apple Music, YouTube, Tidal , and more. 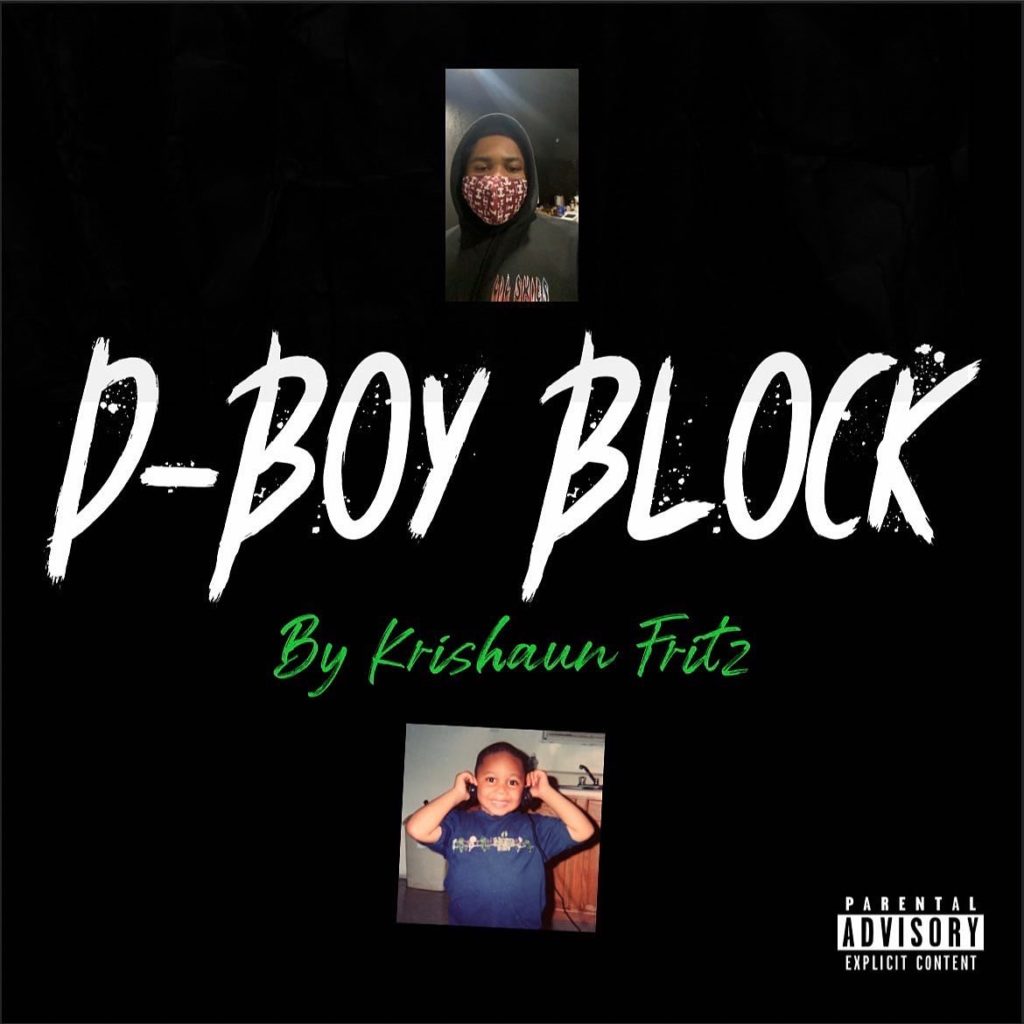 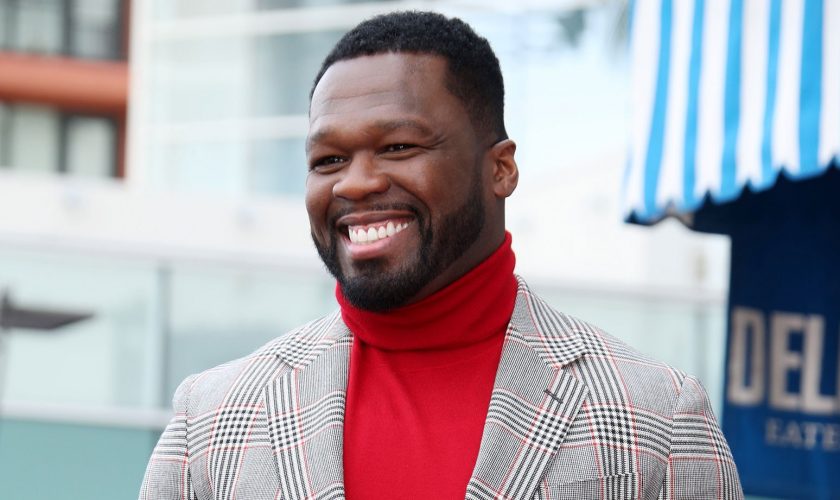 50 Cent intends to set 2022 off with a BANG as he along with several other artists will be headlining the 2022 Riviera Maya Golden Sand Festival. The event is set to take place from January 12-16th and will boast a line up that will bring back the flavor of both the 90’s and 2000’s with performances from Lil Kim, Fat Joe, Kelly Rowland & Ludacris just to name a few! Fif made it official via his Twitter page this week and the anticipation is already beginning to build!

Billboard reports that the winter will heat up with this blend of both Hip-Hop and R&B stars. The idea is to take us back to simpler times with good music, food and drinks (which are all included in your stay). The four-day, five night event will also include pool parties, daily yoga, wellness and meditation sessions and a COVID-19 money-back guarantee. Check out the Pollen website for more information. 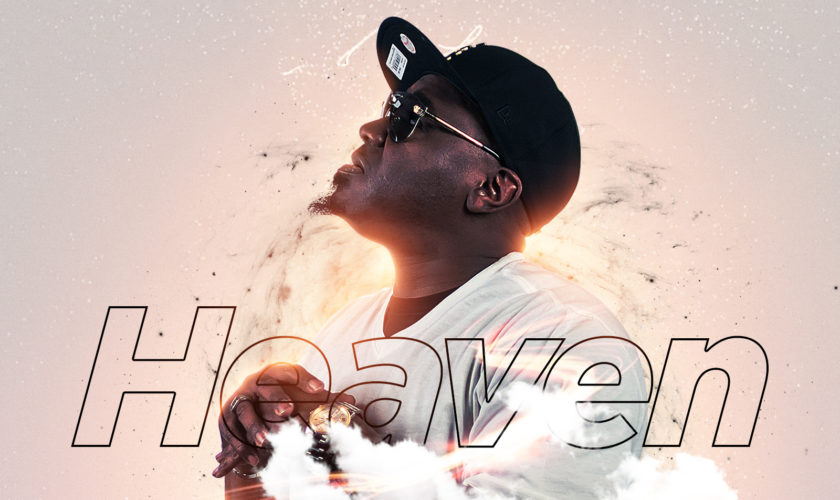 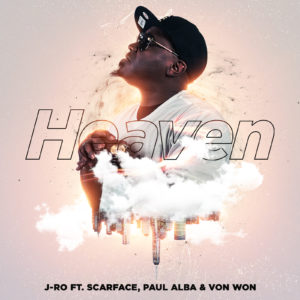 Indiana gospel recording artist J-RO releases his latest single titled Heaven, featuring Hip-Hop Legend SCARFACE. The track also features gospel recording artists Paul Alba & Von Won. The single has gained over 15k streams worldwide and has earned Tunecore certification. The video is coming soon but in the meantime, you can check out J-RO’s latest visual below. Heaven Is Available On Audio Mack and all major digital platforms. You can click here to stream the album. 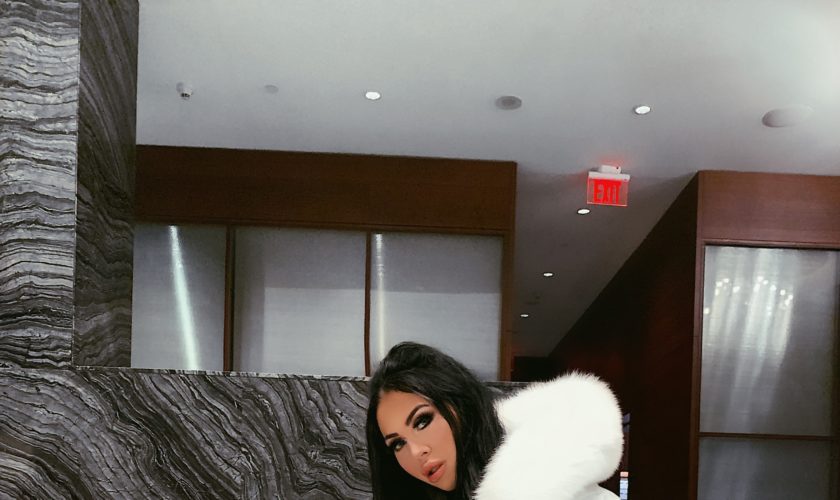 “Spadina” is a hip-hop song displaying love for Asian culture in Toronto and around the world. Franki Spadina speaks of some of her favorite artists, toys, cuisine, and more.

Franki is a Canadian artist releasing her fifth single. Given the circumstances of the world, driving around the city one can only feel like the baddest bitch. With events on pause, this is her way to party it up in her car. 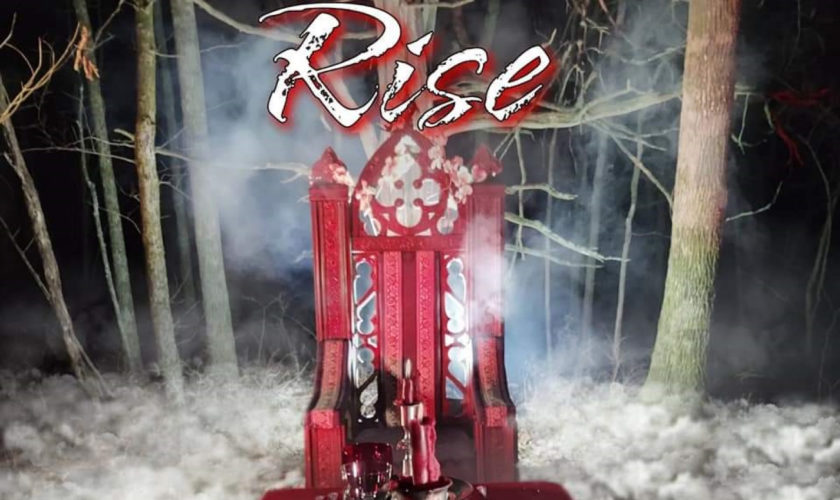 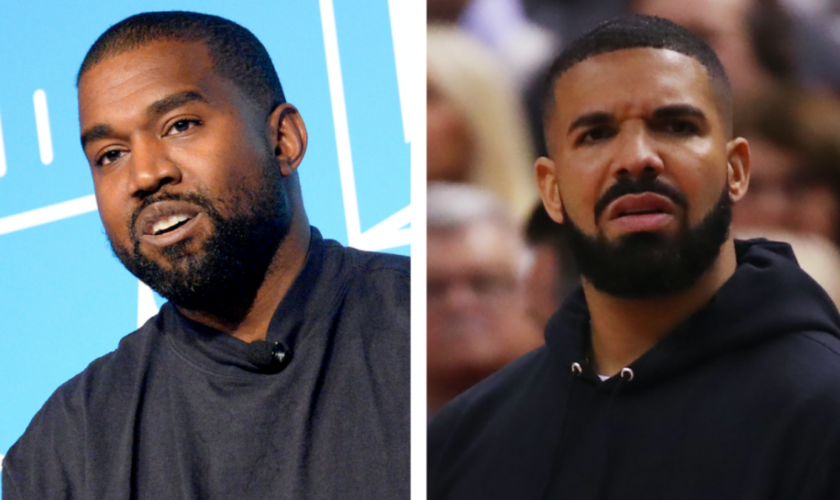 The ongoing beef between Kayne West & Drake has been elevated to new heights. Along with verbal shots fired at each other, West pushed the envelope this week. He took advertising for his Donda release to new levels. This is a move that will hit Drake close to home. As the two artists vie for Billboard spots with West’s Donda release on Sunday and Drake’s Certified Lover Boy release slated for September 3rd, Kayne went so far as to place DONDA billboards throughout downtown Toronto (Drake’s hometown).

HipHopDX reports that the two artists jumped their rivalry off after Drake took a jab at Kanye on Trippie Redd’s “Betrayal,” to which Ye responded by channeling his inner Joker and exposing Drake’s home address on social media — a move that got a Joker-esque chuckle out of the OVO rapper. This move by Ye shows that the beef is ongoing and shows no signs of slowing down anytime soon.

Both Donda & CLB boasts several big name features. Drake listed some of his features on the billboards including JAY-Z, Future, Lil Baby, 21 Savage & Young Thug. Kanye’s ongoing story is how verses from Chris Brown and Soulja Boy were removed from the album. Both artists have voiced their angst towards the Chicago MC. Iit should be a sight to see how this long-lasting feud will pan out over time.

LOG IN TO STRAIGHT OFFICIAL MAGAZINE TO GET YOUR ISSUE OF HIP-HOP, LIFESTYLE & CULTURE