[New LP] Ashley J “Charge It to the Game” @TheRealAshleyJ

TyshaunHQ, 25, born on the Southside of Chicago and founder of “Chicago Freshman Class” And CEO Of HighQualityEntertainment  TyshaunHQ has been in love with music since the age of 10, but has been on the Chicago music scene for about 7 years Strong Now. TyshaunHQ gained initial recognition when he dropped his Single “Chiraq Gotham”; which has 18K+ views on YouTube. “Chiraq Gotham” is 1 of 4 singles being played on Chicago’s main stream radio station POWER92 CHICAGO [92.3FM], along with his Singles “Ric Flair”, “Remember” and his most recent juke track “What Have You Done” And “Drift” TyshaunHQ also served in the community by feeding the homeless 2 times per month; funded by himself. TyshaunHQ has also opened for main steam artists such as Do Or Die, Blac Youngsta , CalBoy , Que Money , Twista Etc. Also In 2018 Made His First Appearance Performing At One The Most popular Music Festivals In HipHop SXSW In Austin Texas. TyshaunHQ released 2 mixtapes titled “Versatile Kidd” and “What Have You Done“, which is his most recent project to date. As of now TyshaunHQ is pushing his Latest Single “WHOOMP” WHICH IS ALSO RECEIVING CRAzY RADIO PLAY Check Out it..

Check out latest mixtape project from Dj Samore hosted by Dj Kutthroat; apart of the W.Y.K.B.I. series Summer 2020. It has all the dope summer jamz on this one, and a couple jams that was poppin on DJ Samore and DJ Kutthroat plug dj playlist. Check it out and stream it now.

END_OF_DOCUMENT_TOKEN_TO_BE_REPLACED

[New LP] Ashley J “Charge It to the Game” @TheRealAshleyJ 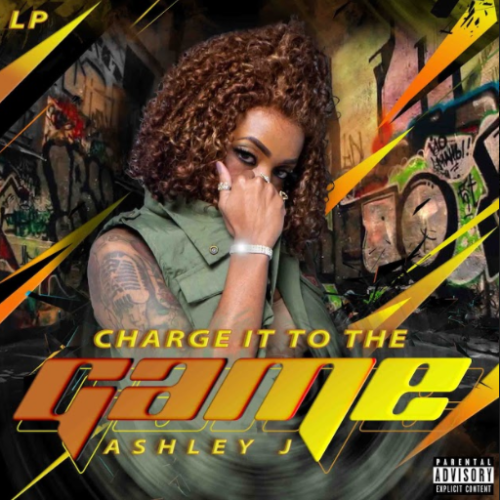 “Charge It to the Game”, by Ashley J, is the title of her new single and LP album. She is continuously rising as an independent hip-hop artist in the Atlanta, GA area. As you listen to this album/single, your attention is driven towards Ashley J’s voice. The uniqueness and authenticity of her artistry comes off smooth and harder than most guys in this industry. Ashley J can definitely hang in this male dominant field and it’s evident from the progress she’s made over the years. “Charge It to the Game” single features Ms. Niko. She is also a female rapper who has gained music leverage over time. When you hear the beat production, the sound is magnetic, almost like you can feel the beat moving through your system. This track is produced by Swift Got Hits. You instantly get a vibe that makes you want to nod your head, snap your fingers, and dance when the beat drops. This song is for those who have taken losses but turned L’s into wins, took risks and managed to make it out of the mud. No matter what, Ashley J makes it apparent that as long as you keep going, you’ll get better & succeed at anything you do. 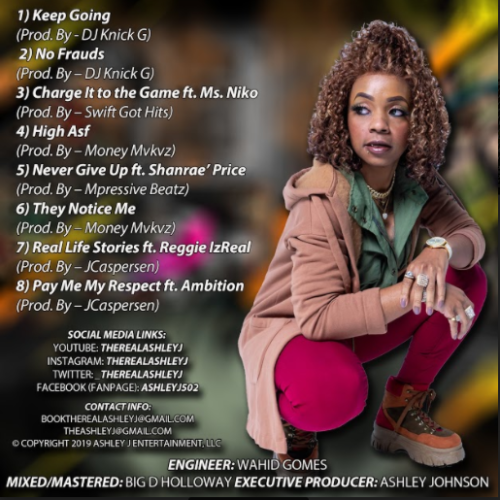 TheRealAshleyJ · CHARGE IT TO THE GAME (LP)
read more The animation in Ferris Mueller’s voice when he lays his vocals on a track hits you right along with the southern draw from his South Carolina accent. He has a way of painting a picture over the snares and drums that will make you go searching your national news channels for the latest current events. Mueller’s character is expressive as he sets a vibe that is quirky and fun while touching the soul-less. With influences from the likes of Andre 3000, Kurt Cobain, and Lil Wayne, he has regurgitated their characteristics into his sound. We can expect some of these tunes on his new project Big Juice, produced by DJ Waffles. Fans can listen to Juice Tape 2 by Ferris Mueller hosted by DJ Waffles. This combination is like Lebron James and AD. These compliment each other so well on this project as Ferris demolishes every single beat on this project. Just go check it out and you be the judge. #OnJuice MC Tres is fresh off the release of his latest single, “Toast”, and winning SLUMFEST’s 2020 Video of The Year Award for his single “I Told You”. The mixtape serves as a preview for MC Tres’ upcoming EP, Late Night Flights, that will be released in October 2020.

About MC Tres
St. Louis native, MC Tres was an extraordinary kid who found therapy and a love for expression through music and performing. Tres began composing raps in the 5th Grade and played tuba in concert and marching band furthering his knowledge of music.

In 2019, MC Tres released the self-titled EP, MC Tres’ The Autobiography via Sauce Records Global. The EP features five tracks produced by German producer Sugarboy with the bonus track being the lead single, “I Told You.”

Check out this all female mix / playlist from Dj Samore , hosted by Shay Star.  Its at almost 30k playlist in almost a month. There are some dope female records on here; check it out here.

END_OF_DOCUMENT_TOKEN_TO_BE_REPLACED As seen & fearured on the Grynd Report, Desert Storm Radio, This Is 50, & most recently gracing the cover of Stardom Magazine. Official Paper Chasers very own Haze OPC finally releases his much anticipated project Time & Chance which includes the top charting singles Mind On Track, Bad Habits, & I’m Tired. The project is something new & refreshing to the ears which goal was to Motivate, Inspire, & Uplift. I think Haze definitely hit the mark with this project giving a new soundtrack to the streets around the world. Which is exactly what the world needed at a time such as this.
Stream / Download http://piff.me/9de059a Check out new mix / playlist from DJ Samore, hosted by Shay Star. This mix / playlist features a collective of dope female records. It’s just in time for hot girl summer 2020. You thought it was just 2019 , nah all summer ever summer. Check out the playlist here.

END_OF_DOCUMENT_TOKEN_TO_BE_REPLACED With a Hustler’s mindset, get rich or die trying attitude, and kush cultured ways, Zayman delivers us tales about street life and hustling over trap melodies that appear on fire. Zayman was born in Hollywood, Florida, and discovered his love for music at an early age as a child. After he finished school he started writing music and realized that this was his passion. Zayman was very creative with words, flowing freely and always stayed writing new songs.  After being acquitted of charges in 2012, Zayman turned back to music. The Studio life was his love and Kush was his love affair, so naturally he opened his own label called Kush Gang Entertainment in February of 2014 and launched Kush Gang Clothing at the end of the same year. Zayman has toured all over the East Coast pursuing his music career and promoting his brand. More to come soon Philadelphia native Lil Niddy just released his 11 track highly anticipated mixtape called “Don’t Make Me The Villain” which can be downloaded on all streaming platforms.