From neighborhood thottie to Instagram star! Thottie Hottie is a banger about females putting that work in and getting to the bag, using their bodies and features to draw attention and gain fans! Thottie Hottie available everywhere now !
Produced by Gooney Tunes

Canadian alternative pop-rock singer-songwriter, Apryll Aileen, is eager to announce the release of her newest single “Wild Wolvez” along with the official music video. Straying away from her familiar musical styling of pop and r&b, “Wild Wolvez” encompasses a dark electronic vibe; the first of her songs to have a big instrumental drop. The collaboration with Adam Royce (worked with Grammy-Award winner Daniel Caesar, multi JUNO-Award winner Tom Cochrane and three time E! People’s Choice Awards winners The Tea Party) brought out the edgier electronic side, perfectly resonating with the narrative of the single: women reclaiming their power and owning their voice.

“Wild Wolvez” is a song that is meant to open the doors for young women by empowering them to stand up for what they believe in and reassuring them that they are not alone in the world. The lyrical messaging within “Wild Wolvez” emphasizes how women can create and have freedom by learning to own and love their bodies and that women do not have to live in a world governed by misogynistic values. Filmed in New Brunswick, the music video reflects on women and how they are beautified in today’s society. Pop culture makes it difficult for young women to understand their bodies. The video symbolically represents the stark nature of the misogyny driven landscape Western Culture currently operates in and how we can create a new, raw, unfiltered wilderness that we all feel safer in. The music video has symbolic messaging that we as women connect through our pain by sharing our stories. Apryll wanted the music video to portray how all women, regardless of race and ethnicity, experience some form of sexual abuse and harassment. This is shown through the diverse cast of women, from Indigenous to Egyptian Canadian and French Canadian.

Watch the Video below or click here to stream on other platforms.

About Apryll Aileen
There are lots of people who can sing, but not everyone has a voice. Apryll Aileen is a Canadian alternative pop-rock singer-songwriter, musician, multi-instrumentalist — classically trained in piano. Her sultry vocals, captivating lyrics and alluring stage presence make Apryll a fan favourite at music festivals worldwide. Aileen transcends genres, creating her own undefinable sound with influences coming from pop, rock, blues and jazz. She doesn’t imitate – she creates. A hybrid of two polarities, she blends melodic songwriting and raspy vocal tones from modern artists such as Halsey and Miley Cyrus but with the storytelling edge of Stevie Nicks.

When Aileen writes songs, she thinks of the collective and voices what others feel but can’t express. With soulful  vocals, hooky melodies and raw emotion, her songwriting is inspired by real life events. From pain, to finding inner strength through love, her songs take the listener on a journey through their own inner landscape of being.

Her single “I’m Still Alive”, released earlier this year, was added to the “Breaking Rock” and “New Music Daily” playlists on Apple Music. Aileen has also just received word that she will be an artist in residence at the Kingsbrae International Residence for Artists next summer in St. Andrews, New Brunswick, Canada.

In 2017, Aileen was nominated as “Pop Artist of the Year” for the Music NB Awards following the release of her debut album, Savannah Soul (2016), and was also a recipient of the YWCA Women of Distinction Award for Arts, Culture & Design. Her debut single, “Hey Sugar” (2016), received cross-Canada airplay and made it to CBC Searchlight’s (annual competition for  Canada’s next undiscovered talent), top-25 nationally. In 2016 and 2017, Aileen had several sync placements in the TV shows “The Next Step” and “Lost & Found Music Studios” (The Family Channel & BBC Worldwide), for her songs “Great Expectations”, “Now is Our Time”, “Keep Me Hangin’”, “Can’t Buy Fame” and “Faith”. Her song “Butterflies” earned the title track on the multiple award-winning film “Butterflies” in 2014 by Emmy® Award-Winning Director Cayman Grant (Oxygen Best Female Director Award, participant in the prestigious NBC/Universal Emerging Directors TV Program, etc.).

Aileen spends most of her time performing and writing music between the quiet solitude of New Brunswick in Atlantic Canada and the hustle and bustle of downtown Toronto. When she is not in either, she is usually found on the Venice Beach boardwalk, SoCal style, where her boho spirit and love for the sun and ocean connect. She is currently working on her second album, RISING TIDES, which will be released in 2021. Miami bred rapper Kase1hunnid has been making waves in the industry since his days being signed to Slip N Slide, where he wrote songs for Trick Daddy and Trina. The dynamic rhyme slinger projects a veteran cool and unflappability that makes his sordid street tales feel unnervingly realistic. Kase1hunnid’s intense lyrics, and intoxicating delivery defies regional sounds, making him a versatile artist, whose music can travel well beyond his hometown. He delivers hard bars and hard beats.

Kase1hunnid grew up in the notorious Liberty City in Miami. Early on he fell to the lure of the streets. In fact, his name “Kase1hunnid” was given to him as a nickname by people in his hood, because he was always catching a case. Kase1hunnid has a knack for weaving together vivid street tales in a way that’s honest, addictive, and entertaining. He is currently pushing his single “I Luv My Dawgs” featuring Snoop Dogg, Rick Ross and YD. The song is an authentic street anthem that resonates with truth and realness. Check out the visual below:

Snoopy Badazz has just released his new visual for “Messiah of the Westcoast”. It was shot in Los Angeles by @voice2hard. The video starts in the middle of the night in front of an old Rustic Catholic Church and fallows up against a graffiti wall with him and his crew rocking his Angelo Mafia Gear. The video is the perfect visual to match his cut throat lyrics in the song. Snoopy Badazz has been labeled not only as the “King of Compton’ but also as the “Messiah of the West Coast” His style and flow are bringing back the golden area of hip hop which is

considered the roots of West Coast hip hop. Snoopy Badazz astonished the world with his amazing album “Pick of the Litter”. He is soon to do the same with “Pick of the Litter 2” and “Messiah of the West Coast” is just a taste of what is to come. Make sure you follow his Instagram at @snoopybadazz for all his music updates and how to purchase his Angelo Mafia Merchandise. In these very turbulent times the pressing question for creators involves whether their art will be used to build or destroy. One determined man, Al-Tariq Best, is using his art and his voice to build rather than destroy. Without a clear purpose life is motion without meaning and activity without direction. Al-Tariq Best lives life with intention, conviction and purpose. Mr. Best is the founder of The award winning foundation named The HUBB Arts & Trauma Center. HUBB stands for “Help Us Become Better.” The HUBB utilizes music as a therapeutic intervention to entertain, educate and empower youth and their families to heal from trauma and become triumphant over victimization.

Hip Hop is life, power, and expression. Hip Hop transcends race, class and cultures. It has been the voice for those who have been marginalized and oppressed. Al-Tariq “Mr. HUBB” Best is the embodiment of true Hip Hop. He has decided to do something positive for the people of his hometown of Newark, NJ and take it back to a time when artists were not just performing in the community, but also working with the community. Mr. Best has assembled a crew of super talented youth known as The HUBB Stars to join him on this journey. The mission of the group is to promote LIFE: Love, Inspiration, Forgiveness and Encouragement.

The HUBB Stars group members include ElyJah, Joy, Khamiyah and Tazyar featuring Sir Chad Thorne and Eboni Marie. The HUBB Stars are dedicated to feeding the hungry, and uplifting the spirits of others via charity work. But, music is their passion. The group has a work ethic that is unmatched. Their music is a refreshing departure from the cookie cutter playlist of songs currently in rotation on the commercial radio airwaves. The HUBB stars offer something more authentic and real. The dynamic wordsmiths create compositions utilizing true craftsmanship, whereby careful thought is put into each line and melody.

The HUBB Stars’ unique selling proposition includes the fact that they’re not afraid to use their voices to speak truth to power. Their latest hit songs are “Letter To 45” and “8Mins46Secs.” The song “Letter to 45” is a blistering indictment of the 45th president in terms of his actions, which have divided the country. Moreover, “8Mins46Secs” addresses police brutality in light of the George Floyd murder. Both songs deal with the trauma the Black community has experienced as a result of centuries of systemic racism in America. The tracks resurrect the spirit of pride and revolution in the essence of such music icons as 2Pac, Marvin Gaye and Bob Marley. Equally important, the visual for “Letter To 45” is powerful, vibrant and soul piercing. I use my lyrics to tell stories in an entertaining, yet impactful way that people can relate to.

[Oklahoma City, OK, October 16, 2020] — Plugstar Entertainment is pleased to announce that On Point Entertainment artist, Da Real Nino, celebrated his 22nd birthday this week with the release of the music video for his debut single, “Turn Up.” Directed Terrius Mykel (who has videos for Mulatto, Gucci, and Young Dolph to his credit), it captures the house party scene and the addictive vibe that fast made it a summer hit in Atlanta’s clubs. The video is now available on YouTube, and the single, which was distributed through Sony Orchard/Limelight Records and peaked at number 15 on the Digital Radio Tracker Top 150 List of Independent Artists, can be found on Apple Music.

“We are so proud of Da Real Nino and the progress that he’s making as a new artist,” enthuses LaTausha “MrsCheckPlease” Taylor, CEO of On Point Entertainment. He’s definitely showing that he’s a real contender in the independent music arena. The anchor has dropped!

The Atlanta-based rapper began busting rhymes while still in high school, but it wasn’t until after graduation that he decided to put thoughts of playing football aside and developed a new dream: following his parents into the music biz. He was recently spotlighted by Hollywood Digest and Hype, and is a featured artist for Coalition DJs ATL.

“I’ve used the downtime created by the 2020 pandemic to write and record new songs,” Da Real Nino shares. “Several of them will be featured on my debut EP, which I hope to release by the end of the year.”

Da Real Nino is managed by Dirty Dan. To book promotional interviews and appearances, send an email to op4ceo@gmail.com or info@plugstar.net. 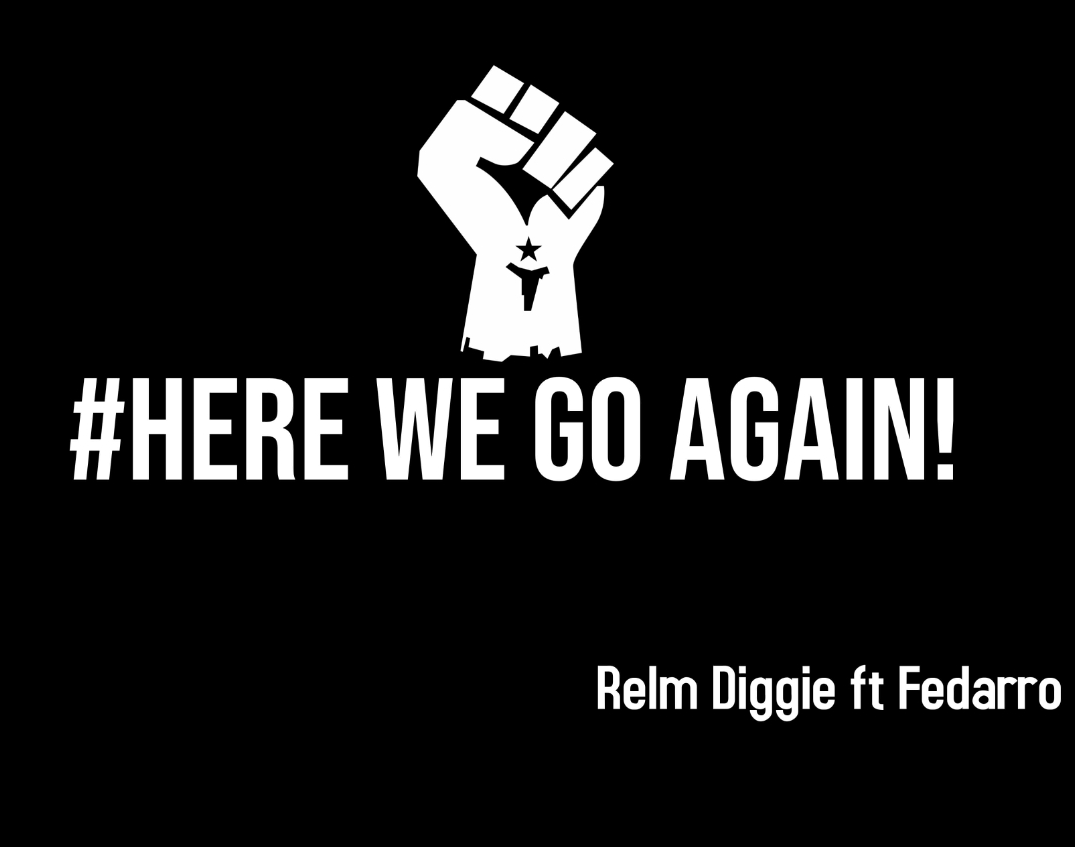 California native, Relm Diggie joins forces with Fedarro to release the new single “Here We Go Again”. The video puts a spotlight on all the adversities in the black community dealing with law enforcement. In 2019 Relm Diggie released the Ohio State Buckeye anthem “Im A Buckeye” during the championship. Relm Diggie shot a mini movie of the trauma black male motorist go thru “DWB” (Driving While Black). Song available on all streaming sites. The Song produced and features Fedarro. The “Here We Go” video is directed by Artrugroup, and features actor Michael Furlough.