Walter Mercado, Astrologer for Millions of Latinos, Dies At 87

Dr. Dre To Be Honored By Grammys

Myke Towers launched his single “La Playa”(The Beach) in July 2019, becoming one of the most listened to and danced songs until the end of the year.

Fast-forward to 2020, Towers joins forces with two giants, to give a new kick to this song, and launches “La Playa Remix” with video including  Maluma and Farruko.

In the video clip you can see the three singers having a good time by the sea, surrounded by girls in bikinis, dancing and enjoying life.

Myke Towers thus sealed its commitment to the internationalization of its urban music with Caribbean influences.

See The Video Below:

Straight out of New York @Beresowavey  has been building her brand as an artist in the already male dominated game of hip hop.

With her 1st single “To Tha Top Featuring Young God Lilz” Released early 2019 she is proving to the world that she can box in a ring of Fem-cees (Female Emcees).

Her video for To Tha Top has already hit over 6.5k views on youtube.

Hitting stages across the Tri-State area and opening up for some of Hip Hops top Artist & radio stations.

Be on the look out for more music from @BereSoWavey in 2020.

New Jersey’s own Papi Storz Is Back with another mix-tape to end the Halloween season off with a bang.

“I Spit on ya grave (tha rapper slayer)” is a 14 track arsenal of pure lyrics and dope beats.

Walter Mercado, Astrologer for Millions of Latinos, Dies At 87

Walter Mercado, the astrologer who endeared himself to millions of Hispanic television viewers for more than three decades, died Saturday in Puerto Rico.

Sofía Luquis, a spokeswoman for the Auxilio Mutuo Hospital in San Juan, confirmed Mercado’s death with The Associated Press and said he died from kidney failure.

Mercado was well-known across Latin America and in the United States for his horoscope readings and predictions.

His career began by chance when he was asked to fill in for a Telemundo program in 1969.

Prior to becoming an iconic psychic, Mercado worked as an actor and dancer.

Mercado’s reading of the horoscope was a hit and in 1970 he began his regular broadcast segment reading horoscopes and offering predictions for Telemundo Puerto Rico.

The way in which Mercado delivered his predictions was just as beloved by his fans as the messages themselves. Mercado was a fan of grand colorful robes and outfits accented with gems and brooches that dazzled.

With his trilled “r’s” and dramatic readings, Mercado made an art form out of his work.

Speaking about his style with The Miami Herald, Mercado once said, “I have always liked to speak to people very directly. I have used astrology to send positive messages: ‘You can do it, even if you fall, get back up again.'”

Mercado’s flamboyant character stood out to much of what was being broadcasted across Latin America television at that time.

The Power 105 radio legend took to social media on Monday morning (Nov. 4) to clear the air that she was recovering from major injuries suffered in the “severe” wreck.

“I’ve always believed in angels and mine was with me the other morning.

I was in a severe car accident and sustained a fractured lumbar and shattered vertebrate,” she said.

“I’m recovering and will be for some time, but I am extremely grateful to have the opportunity to do that,”I Wanted you all to hear it from me first and know that although this is a different time, I am in the best spirits possible and determined to be back and better than ever soon! God Bless and I deeply appreciate all love & prayers.”

The 48-year-old host recently launched WeTV’s Untold Stories of Hip-Hop series, which takes a deep dive to uncover rare stories in artists’ careers that the public never knew about.

Dr. Dre To Be Honored By Grammys

Dr. Dre, who has produced hits for Eminem, Tupac, Snoop Dogg and more, will be honored by the Recording Academy for his trailblazing production work.

The Recording Academy announced Friday (Nov. 1) that its Producers & Engineers Wing will pay tribute to the Rock and Roll Hall of Famer on Jan. 22 at Village Studios in Los Angeles.

Dre has won six Grammys, three of which he took home as a producer or engineer.

Born in Compton, he broke out on the music scene as a co-founding member of N.W.A., producing some of the group’s groundbreaking 1988 debut album, “Straight Outta Compton.”

He went on to produce his own hits and multi-platinum albums, along with crafting music for Eminem, Tupac, Snoop Dogg, Kendrick Lamar, 50 Cent, Eve, Jay-Z, Nas, Busta Rhymes, Xzibit, the Game, Anderson .Paak and many more.

Dominican rapper Mozart La Para premiered his new single “Te Ame” under the production of Urba and Rome (The Jedis).

The continuation of his single “Barbaro” which released in March with a retro 90’s theme which already has over 12 million views on YouTube.

Continuing its 90’s style, “Te Amé” is a colorful video with radios, outdated furniture,motorcycles, graffiti & athletic clothing where Mozart cries out his love for women to the rhythm of an old school reggaeton sound.

With over 2 million subscribers on his YouTube channel, his videos continue to break records like the successful “Mujeres” video which has 57 million views and 1,324,956 monthly listeners on Spotify.

Mozart has collaborated with Latin urban artists such as Farruko, Jowell and Randy, Sky Rompiendo, Zion & Lennox and many more.

In 2018, the Dominican rapper opened up for bachata superstar, Romeo Santos, on his first extensive US tour..

He recently received the Pepsi Award for “Best Tropical Song / Video of the Year”.

Helmed by Director X, the “Con Altura” video sees the trio start a party on a plane and its star shows off some of her signature flamenco moves.

In late August, “Con Altura” went on to win a brace of trophies at the 2019 MTV Video Music Awards, in the choreography and Latin categories, making her the first Spanish winning-artist in VMAs history.

It’s currently Number 3 on YouTube’s Top Music Videos, making it the most successful video by a female artist in 2019.

The Catalan pop artist has enjoyed overwhelming critical acclaim for her contemporary, urban-music twist on flamenco. For a feature article published in Billboard Magazine, Ron Perry, chairman/CEO of Columbia Records, which signed Rosalía in the United States, described the artist as “a once-in-a-generation talent.”

The Rock & Roll Hall of Fame has announced its nominees for 2020.

Sixteen artists are eligible for the honor, nine of which have been nominated for the first time: The Doobie Brothers, Pat Benatar, Whitney Houston, T. Rex, Thin Lizzy, Dave Matthews Band, Soundgarden, Motörhead  & The Notorious B.I.G. 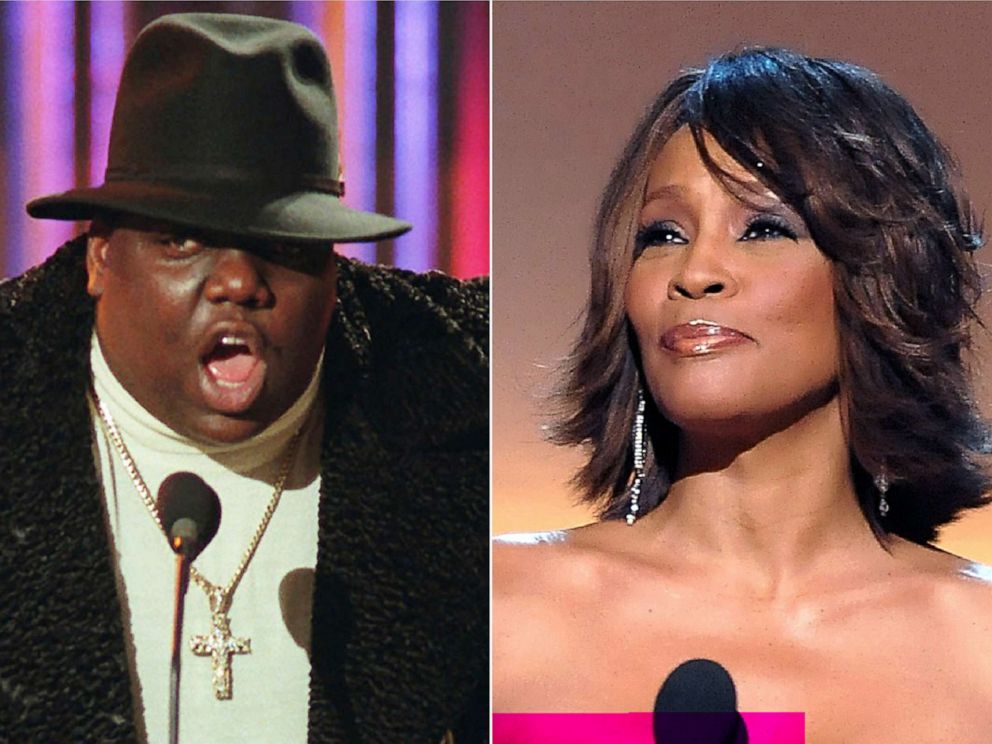 Rounding out the ballot are Todd Rundgren, Depeche Mode, Rufus featuring Chaka Khan, Nine Inch Nails, Judas Priest, Kraftwerk and MC5, all of whom have been nominated at least once before.

Of the first-time nominees, glam-rockers T. Rex have been eligible since 1994, along with both The Doobie Brothers’ & Thin Lizzy’s first year of eligibility was 1997.

For eligibility artists need to have released their first “commercial recording” at least 25 years ago.

Starting today and continuing through Jan. 10, 2020, at 11:59 p.m. ET, you can vote for your favorite nominees at RockHall.com, via Google by searching “Rock Hall Fan Vote” or any nominee name, or at the Rock & Roll Hall of Fame museum in Cleveland.

The five artists with the most votes make up a “ballot” that will be counted with the voting committee’s ballots.

The 2020 Rock & Roll Hall of Fame Induction Ceremony, presented by Klipsch Audio, will be held at Public Auditorium in Cleveland on May 2, 2020.

Fresh Prince of Bel-Air spin-off is in the works

Get ready for some fresher “Prince.”

Will Smith, currently starring in the new action film “Gemini Man,” is revisiting his “Fresh Prince of Bel-Air” roots and working on a reboot of the 1990-96 NBC series, according to The Hollywood Reporter.

Westbrook Inc., a new media company founded by Smith and his wife, Jada Pinkett Smith, is developing a “spin-off” of the sitcom, which still pays syndication and streaming royalties to its star. The Reporter offered no further details about the project.

Rumors of a reboot have popped up in the two-plus decades since the show went off the air, as the cast still stays in touch and reunites on occasion. When E! asked Smith about a potential remake in 2016, he quickly shut down the possibility, saying, “I don’t think ever, like pretty close to when hell freezes over. Like we’re going to leave that one alone.”

But he was more coy in 2017 when UK talk-show host Graham Norton asked him about the possibility, to which Smith replied, “Man, I’d have to be Uncle Phil in that one!” — referencing the well-to-do relative (played by the late James Avery) who took in the teenage, fictionalized version of Smith on the sitcom.

Still, the reboot news may not surprise his fans: He recently did another “Fresh Prince” money grab by releasing a jazzy new line of athletic wear inspired by the show. But you better shop fast: items are only available through Monday.

Check Out Some Of The funniest Moments

“Download The Official DJGojabean App Available In All App Stores”