[OP-ED] Could Five Star Empire Be The Hottest Independent Record Label In The Carolina’s?

#1 Indie Label in the Carolina's

The word on the street is that South Carolina is the next state destined to hit it big on the music scene. With North Carolina holding claim to such artists as J. Cole, DJ Luke Nastyy and Petey Pablo there aren’t many South Carolina artists that jump to mind quickly when u think mainstream besides Nick Grant………until now. The Five Star Empire camp is here to put the Carolina’s officially on the map, with a variety of artists ranging from both North and South Carolina.

Up first is Five Star Empire rap artist Casino Mel, fresh off his current hit single “Trap Ni**a” featuring Gucci Mane. Casino Mel is currently on tour tearing up clubs and venues all across the U.S. Growing up in Abbeville, South Carolina Casino Mel was determined to live the life that rappers had. He eventually got caught up in the streets, which was the closest thing to him; also landed him in prison for three years. After experiencing those trials, Casino Mel became totally focused on music. He saw it as a positive way to follow his dreams and to also help those around him. His first deal would come about in a spontaneous way while waiting for a bus to get to his college classes; he ended up having a conversation with two guys who found out he rapped,  he free-styled on the spot and two weeks later he received his fist deal. Talent and drive have always been on his side. Now through local shows, he built a good name for himself that he is continuing to expand on. Currently, he has a deal with Five Star Empire. Known for his storytelling abilities Casino Mel uses music to paint clear pictures that even those who aren’t apart of the streets can still relate. Casino Mel feels he has to make it for his entire city and his son. With all of that pressure, he uses it to go harder with his craft. He has plans to build businesses in Abbeville, giving other people a chance to make an honest living. “Make it 80” is what Casino Mel lives by. With everything he does, he raises the bar. Just like in a high stake poker game he puts it all on the line in the studio, stage, and in life. More than an artist, he is an example of changing your life by simply following your dreams. Casino Mel is rumored to be working on a new single featuring Young Dolph.

Next, we have R&B songstress Je’Melody. A Charlotte North Carolina native, Je’Melody jumps on the scene with her highly addictive single “Addicted” produced by Krazy Figz. The 1st Lady of Five Star Empire she is sure to become an international superstar. Also on the Five Star Empire roster is another rap artist that goes by the name Hun Dunn. He has a club anthem called “Poppin” along with label mate Casino Mel, be on the lookout out for another single called “Lil Secret” from this Newberry South Carolina native. Another Five Star Empire member to make a major impact in 2017 is R&B crooner Trez Falsetto. A Durham North Carolina Native, he was an Instagram sensation with his catchy lyrics and smooth voice. Currently attending N.C. Central University, he is set to release the official video for his latest release “Used 2”. Another R&B heavyweight on the roster is artist Don Christopher. The Columbia S.C. native has worked with the likes of Timbaland, DJ Mustard, Sony Digital, Usher, and more. Currently waiting on the release of his latest project “Guns & Roses”, you can check out his first single “When you hear that love song” on all music media platforms. Also from Columbia S.C. you have rap artist Reezie Roc. With numerous mixtapes flooding the websites and the release of his latest single “A Mess” Mr. 48’s current mixtape “Reezie ON GO” is currently available on mymixtapez.com.

Belizean Reggae artist Reem $ (Dolla) is also awaiting his chance to secure his spot in the Five Star Empire spotlight with a mix of Dancehall and Reggae tunes that will take you back to the islands.  Paidro Goodie, another one of Five Star Empire’s rap artists currently resides in Columbia S.C. with his latest mixtape “Road Trip” gaining a strong buzz in the streets – Mr. Paidro Goodie is positioning himself to become a major player in the rap game. last but definitely not least we have the newest member of the Five Star Empire family, the beautiful pop star Delxi (Del-chi). New to the team the songbird is ready to spread her wings and soar high above the competition. With this type of a variety in its line up, there is a strong argument to made that the Five Star Empire label is one of the hottest emerging label’s coming out of the Carolina’s. With Jervonta “Stunna” Walker being the brains behind the operation, Five Star Empire is positioning itself to be a force in this music business. 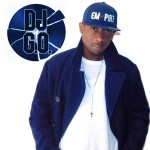