[INTERVIEW] #NAENAEONTHESCENE: ‘SUPERSTAR KAY IN THE SHADOWS OF AUGUST’

Happy Hump Day! It’s your girl NaeNae and I hope everyone’s week has been good so far. Let’s get right into with another dope interview with Cleveland’s own, SuperStar Kay. This artist wears many hats in the music industry starting from being into fashion designing to becoming a writer to producer to now a singer. Plus, being an owner of an online magazine. Your girl had the pleasure of making my music video directorial debut by shooting SuperStar Kay’s first music video, ‘Single’ off his debut project, ‘Shadows of August’, which is dropping soon.

SuperStar Kay was born Christopher Richardson in February 1990 in Cleveland, OH. His interest in music was developed at an early age when he was encouraged by his aunt to sing in church. Initially music was literally just an interest, but fashion design was his passion. It wasn’t until he decided to try his attempt at producing when he found out he was really good at it and began to nurture that talent. He established Khyng-Jayden Productions in 2001 and was very successful starting out. He later signed producers Akitak (Memphis, TN) and Chase (Houston, TX). In 2012, SuperStarKay moved to Valdosta, GA and partnered with Fatima Carter to establish 937 Magazine, an online publication that caters to independent artists. After a year, he decided to place 937 Magazine on hiatus and went back to focusing more on producing. To make himself more appealing as a producer he began writing and donating his voice for hooks. In 2015, he moved to Indianapolis, IN and opened his third studio, The Shadow Gallery, adding engineering to his resume. He also revamped 937 Magazine and re-launched in January 2016.

In late 2016, after growing tired of mumble rap and meaningless lyrics being glorified, SuperStar Kay decided it was time to emerge from behind the scenes and become a recording artist. His singles “Club Lights”, “Bank Deposits”, and “Text Me In the AM” have received a large number of plays and positive reviews. He recently released his first video for this third hit song, “Single“. His highly anticipated debut project “Shadows of August” is set to release on August 21, 2017 on all major platforms.

When did you first start singing/writing/producing?

Who are some of your biggest influencers?

Roscoe Dash, T-Pain, Chris Brown, The Runners, Chamillionaire. Depends on what type of track I’m trying to make at the time really.

Writing process? Do you write from personal experience or from other people’s experiences?

I write from both my own experiences & others. I wrote for a lot of others so sometimes I channel their energies for a track.

The meaning behind your project, Shadows Of August?

Shadows Of August, is all that losing my son left me with. The pieces of me that are left, the pain, the creativity, the motivation, everything in me that I didn’t have when I started building the project that came to me when my son died. That’s what the album is; I feel like its shadows of him, pieces of him he left me with to make it.

Top 5 artists you would love to collab with? (Local or mainstream)

Clear. It goes with everything.

Are there any upcoming shows or videos?

I just had a great show in Indianapolis; shout out to those who made it out. I’ll be at an event in Pittsburgh, PA towards the end of August. I am putting together an event of my own in Cleveland in September, to pour shine on my upcoming album as well as others around my city.

[NEW ARTIST] LeftLane E chops it up with Straight Official 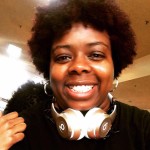 SO FEATURED SPOTLIGHT: I AM THE WOLF