What In The Figgity?! [NBA MVP – Earned or Given?]

Now there is no doubt that the NBA is in hot water with all the boiling talent on the rise this year, not to mention the red hot vets who been snubbed for the last few seasons.

Now i know some viewers may disagree but Lebron James has to be the obvious choice right?

But with Anthony Davis, The Beard, Kyrie and The Greek Freak leading the way in the Player Efficiency catagory. How can Lebron win MVP so far down the list?

Can we speak facts though for a moment? As we all see, the Cleveland Cavaliers are the leagues worst team without The King and the Lakers (Top 10 worst teams last season) are sneaking in the backdoor of the Western Conference.

What else is MVP worthy from a player who has been snubbed the last 5 seasons after taking his teams to consecutive Finals?

This isn’t all about Lebron though. The question remains, Is the MVP Award earned or given? Are we going solely on stats? Or is it marketing? Of course they are great athletic superstars, but is there a list who gets it next unless something unanimous happens?

What are the factors that really makes a player the Most Valuable? Feel free to comment and let me know what you think about the MVP race. Who you think should win right now and why. I say Lebron, because of his ultimate and visible impact to the game and recent snubs; taking nothing from Westbrook or Harden.

Stay tuned as All-Star Weekend approaches. Be sure to go to http:/www.nba.com and vote for your favorite players to be entered into the weekend’s events.

Thank you and stay tuned in 2k19 as Straight Official and Quarters2Commas bring you the figgity right to your face about music, sports, gaming and more!

Straight official SITS DOWN WITH KADEYJAH 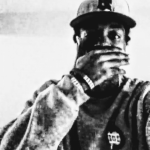 #Quarters2Commas Is A Lifestyle Mentality. We Symbolize Coming From Poverty (Quarters) and Heading To Prosperity (Commas).

Romeo Quarterman, Creator of Quarters2Commas was Born in Grand Rapids, Raised in Indianapolis. With A Jack Of All Trades Heart, He Is A Man With Many Hats. Entrepreneur, Poet, Artist, Rapper, Blogger, Gamer and God Fearing.

He Is Dedicated To Sharing His Gifts, While Shedding Light On Others As Well.