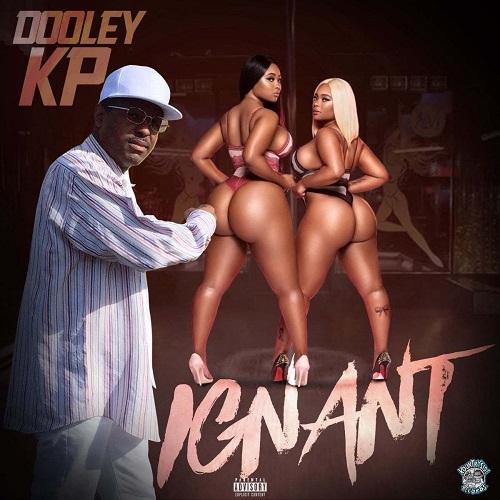 Growing up as a youngster in the city of Valdosta GA, a small city in the southern region of the state, there were not too many options to make a name for oneself other than sports. The city was well known for football and other sports championships. Dooley KP was a youngster who loved to write and loved music. He started writing poetry for friends for girls and later had a poem published.

Knowing that music was not recognized as an art or outlet in the south at this time, he hoped to play sports to provide an opportunity. As a youngster he was introduced and adapted to street life very early. While living with his older brother and his older family friends, they turned him on to the life of crime, hustling, drinking, smoking, and parting. He would live a double life of an honor roll student and a pistol toting, weed smoking, drinking and partying street kid.

Going down the path of destruction, he was saved by a coached that believed in his potential on the basketball court, he began to play on a travel league basketball team and his life slowly began to change.

As he entered high school, he began to gain the love for football. Dooley KP became a player who gain noticed and would begin playing varsity as a sophomore and became a starter in junior year. He was apart of state championship football team and was noticed by college scouts.

After a torn MCL to his left knee, Dooley KP decided to continue writing and pursue a college in English to become an English teacher. He also decided to create a record company and do what he felt what was always apart of him, music. He recruited a few of his friends from his high school and neighborhood and began recording. They created an EP and begin shopping the music. Due to lack of financial backing and limited resources, the artist went searching for advice. After a lot of middlemen and interference the artists went separate ways. After his freshman year of college, Dooley KP joined the military to help get financing to help launch and get his label off the ground. After a back injury in the military, he decided to go back to college.

While in college, Dooley KP continued to write music and look for artist to bring aboard and help build the label. He started working with someone who inspired him and introduced music to him and his partner. They welcomed him to Southern Greezy. The duo became a trio and with the help of the knowledge, hard work, and persistence of Dooley KP, the group began to generate a buzz and began to do shows. Egos began to take affect and the group fell apart. They would do music with each other from time to time, but never fully reunited as a group.

Dooley KP began to get frustrated and almost gave up on something he always has passion for. With things moving slow and financing being a problem to fulfill his dream, Dooley KP went back to what he knew and what he was taught at an early age, hustling. He would again live the double life of college student and street hustler.

After a converting back to the streets, Dooley KP begin to invest in his label and began making moves to noticeable company. While making moves and starting progress, trouble would find his way. Dooley KP was arrested for possession of illegal substance and possession with the intent to distribute.

After trouble came his way, Dooley KP vowed to work harder. He joined forces with Madega Jackaval Beats and began make his first solo project. While working on solo project, Dooley grabbed 2 child friends to create The E-Team, which would be the first group off the label. Later they would travel to FL where they would grab more artists to fill the roster. With all the talent the company began working on mixtape to introduce the talent the world. With Dooley KP opening the door and a talented roster behind him, Dooley KP would create an opportunity for his label to land a distribution deal. With lack of hard work ethic to create material, the deal went sour. Due to this situation, the artists all parted and the Dooley KP went back to ground zero.

After the situation was over Dooley KP focused more on school. Wanting to be a high school English teacher, he pursued his degree. While in his last year and doing his student teaching, the state of GA increased the statues and stated that one must have a degree in Education as well as its concentration to become a teacher. Dooley KP became irritated and earned a degree in Behavior Science a Psychology major.
Knowing it would be tough to get a job in that field, Dooley KP decided to give music another run. Once again facing the lack of finances, Dooley KP went back to what he knew. The street life would once again come into play. Dooley KP began get involved in brawls and gunfights in which almost lost his life. He then caught a trafficking case in which the judge wanted to give him 20 years on a $1.5 million bond. After six months of jail time, once released, Dooley KP vowed not to go back to that life and only work hard to live out his dream.

After coming home, Dooley KP got a track from Rockwilder and hit the studio to record the street anthem “Hit Tha Trap”. The track made a buzz for Dooley KP once again and he began to create a buzz for him. While gaining momentum from the track, Dooley KP went to into studio to record more music as his hunger came back. He then released follow up album “The Mission Statement”. Knowing that the city of Valdosta was not going to be an outlet for music, he began to take his talents to the Southwest and moved to Arizona.

Dooley KP relocated and continued to thrive after greatness. Within in a month after his relocation, Dooley KP was booked for his first show in Phoenix AZ. Dooley KP begin to network and then made his acting debut on the big screen in the movie “Spoken Word” which appeared at the AZ AMC movie theater. Dooley KP then continued to push but felt time was running out. On the verge of quitting, a co-worker who wanted to pursue a music career asked Dooley KP for guidance. Dooley KP then wrote a song for the co-worker, but the artist could do the song, as it did not come out right. Dooley KP then recorded the song “Walk So Nasty” which is one his biggest songs to date. With the buzz and networking of Dooley KP, he gained recognition from Don Mega and Mega Music. Don Mega liked the sound and wanted to work with Dooley KP. Dooley KP then flew to Miami as he hooked up with Don Mega and created great works.