As a taste maker in this industry, I was happy when I was introduced to Tony Laveria. A jack of all trades. Nothing like having a great team and support system around you to help you get to the top. They saw a star and so did I. Get to know more about him, his music, his projects as well as listen to his interview with yours truly below. www.TonyLaveria.com Follow on IG @mr_laveria

When you think of the creation of hip-hop and the evolution of the craft, many may wonder if there is room for yet another rising artist. Hidden in Charlotte, NC are many untapped musical gems, one of which – is Tony Laveria.

Tony Laveria enjoys producing music that people can feel and relate to. He is not a rapper; he is a lyricist. While he believes some of today’s music is superficial, he feels that a true artist can express real life. Tony’s motivation is the art of hip-hop and he strives to give it the level of respect it has always deserved. His music not only showcases his enthusiasm for the craft, but also reflects his phenomenal growth and talent.

Laveria credits his initial curiosity of music to his sister and brother-in-law, both of whom attended Berklee College of Music. At a young age, his sister, a singer and songwriter herself, allowed him the opportunity to sit in on some of her recording sessions. His brother-in-law created beats for him to rap over, both of which ignited a musical passion deep within him.

Laveria has performed throughout Charlotte, as well as other cities on the east and west coast. He was an opening act for Summerfest for Charlotte’s top hip-hop and R&B radio station, Power98 FM. Tony also competed and won Atlanta’s Bar Exam – a hip-hop showcase and competition in 2018.

The adrenaline that he receives from the audience’s reaction is a euphoria that he craves. Laveria’s songs are more than an expression, they are a manifestation of when passion meets talent. He desires to be more than just an artist and plans to play a role in the progression of the hip-hop culture. 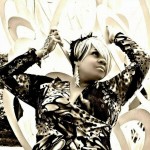 The Quest Chronicles: Take The Risk