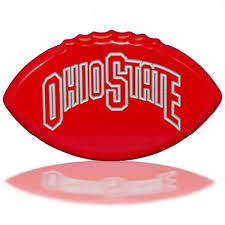 DURING THE GAME THERE WAS A FIGHT AND PLAYERS WERE EJECTED...
ANN ARBOR, Mich. — Three players were ejected after a fight broke out in the second quarter of Saturday’s game between Michigan and Ohio State.

After the tackle on the return, several Michigan players crowded around Wilson. Jenkins-Stone ripped off Wilson’s helmet and Wilson threw a punch.

After being ejected, Hall used both hands to aim obscene gestures at the Michigan fans as he exited the field.

The ejections happened in the first minute of the second quarter of the rivalry matchup, following a 78-yard scoring drive that gave the Wolverines a 21-14 lead.
http://espn.go.com/college-football/story/_/id/10056983/three-players-ejected-ohio-state-buckeyes-michigan-wolverines-brawl

Jlo and Shakira To Perform At Halftime Show

Is Antonio Brown being targeted for character assassination?