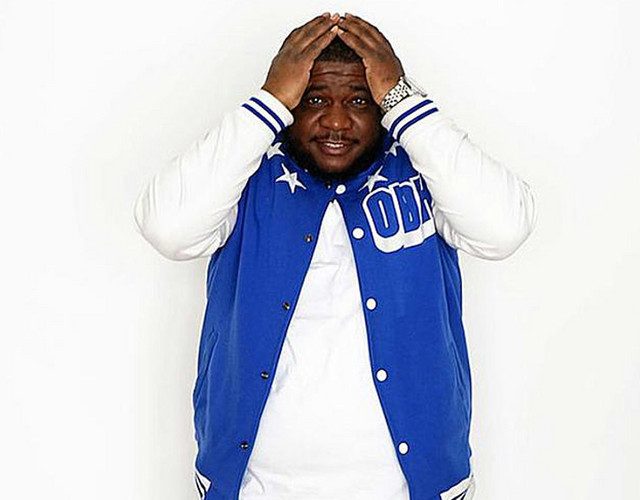 AR-AB referred to as King AB, is an American rapper from Philadelphia, Pennsylvania. The CEO of OBH (Original Block Hustlers) and the label and rap group founded by him. Complex named Ar-Ab one of “15 Unsigned Rappers Who Should Get a Deal After SXSW” in March 2013.

As of 2022 with Ar-Ab passing the torch to his brother Lik Moss. OBH Records not only has a new sound & look but also a better quality of music. Thus maintaining an honorable structure. Remaining sturdy to protocol that Ar-Ab has set. OBH has become a generational brand, recognized throughout the world with a die hard fanbase.

DJ NoPhrillz has over 10,000 mixtapes under his belt. The biggest mixtape of Phamous Phrillz career was the “King of Pop” Michael Jackson. He would be the first DJ to cover his greatest hits after his passing which made television and national headlines. Crossing international barriers with his late great friend Rich Quick., they dropped ” I’m with the DJ”. A mixtape hosted by DJ NoPhrillz and Benja Styles would land them an overseas success.

Phrillz can be heard stamping the OBH or Nothing mixtape with his world famous “Let it Play, Ahhh & Got’chu” tags. He plans to break this project as the rebirth of (PSP) Philly Support Philly. He has worked with LL Cool J, Black Thought, Meek Mill, Freeway and Nipsey Hussle to name a few.

SWAG 100 is Hip-Hop’s most trusted media specialist of todays industry. He’s the top choice for discovering industry secrets, advice, tips and high level interviews. While known to be a behind-the-scenes advocate, Swag works to connect the dots for independent artists and industry labels through unique marketing.

Additionally, Swag is the owner of SWAG 100 LLC. An industry leading multimedia platform that specializes in PR Marketing and Video/Audio Podcasting. He’s a member of The Worldwide Fleet DJs. He owns an FM station & record label. Because of SWAG 100’s expertise and skillset, he’s behind the OBH or Nothing project handling marketing and promotion.

The project is something the streets of Philadelphia and OBH worldwide fanbase has long awaited. The thought of a group project, with all members of OBH on one project. The anticipation of the project compares to being introduced to Griselda Records for the first time.

One of the most talked about mixtapes amongst the DJ community is the OBH or Nothing which hasn’t even dropped yet. Key players in several DJ coalitions are ready to push the button on this one. Pretty Flock and Lik Moss have been active lately. Feeding the streets and keeping the OBH brand and name alive.

Lik Moss is now the face of OBH Records. Besides his name buzzing in the lyricist community, he is revered as one of the best amongst elites like Jadakiss. Lik Moss. Releasing high level, top-tier projects the streets deemed them all as classics. The Good Book, Moss’s latest release which shows the independent geniuses behind OBH Records. The Good Book. Not just a music project. It was turned into a movie lyric book and released as an NFT as well.

Pretty Flock has been a staple to OBH group. Flock is an OG and veteran to the Philadelphia Hip-Hop community. He’s one of, if not the hardest workers out of the men. Besides having several main roles in movies and web series, he owns the Sneaky Report podcast, interviewing high level guest. Dropping 3-4 songs and 1-2 videos on a monthly basis. Pretty Flock continue to build awareness around his craft and the OBH brand overall.

CHECKOUT OBH OR NOTHING BELOW

OBH or Nothing Vlogs

#GetSOM via @swag100 and check out more of the lifestyle and culture of Hip-Hop here.