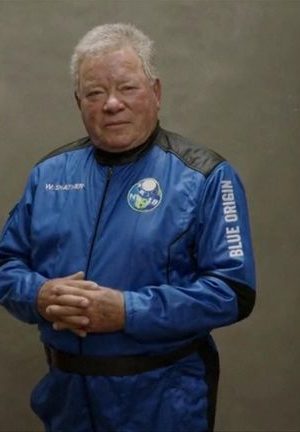 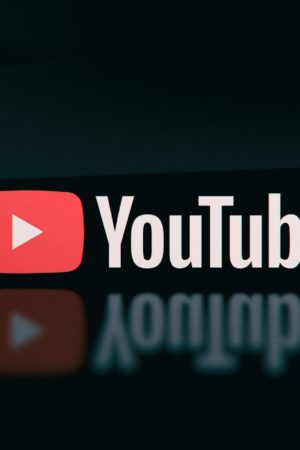 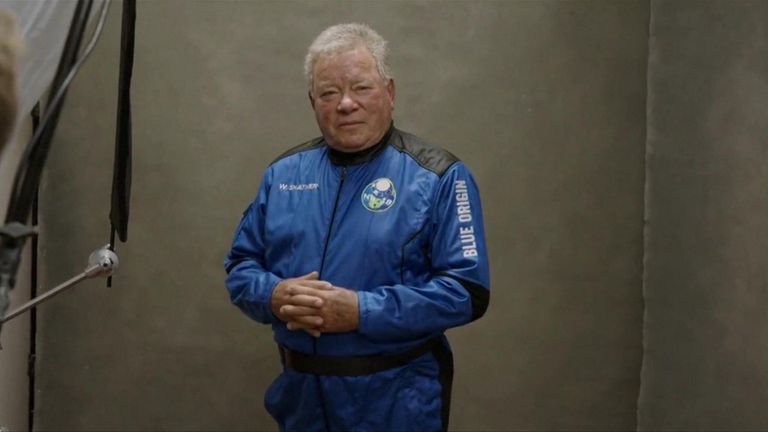 The Star Trek actor and three fellow passengers hurtled to an altitude of 66.5 miles (107 kilometers) over the West Texas desert in the fully automated capsule then safely parachuted back to Earth. The flight lasted just over 10 minutes.

“What you have given me is the most profound experience,” an exhilarated Shatner told Bezos after climbing out the hatch. The words spilling from him in a soliloquy almost as long as the flight. “I hope I never recover from this, I hope that I can maintain what I feel now, I don’t want to lose it.”

What you have given me is the most profound experience. I hope I never recover from this.

Shatner on his experience going into space.

He said that going from the blue sky to the utter blackness of space was moving. “In an instant you go, ‘Whoa, that’s death.’ That’s what I saw.”

Shatner became the oldest person in space. He eclipsed the previous record set by a passenger on a similar jaunt on a Bezos spaceship by eight years. The flight included about three minutes of weightlessness and a view of the curvature of the Earth. 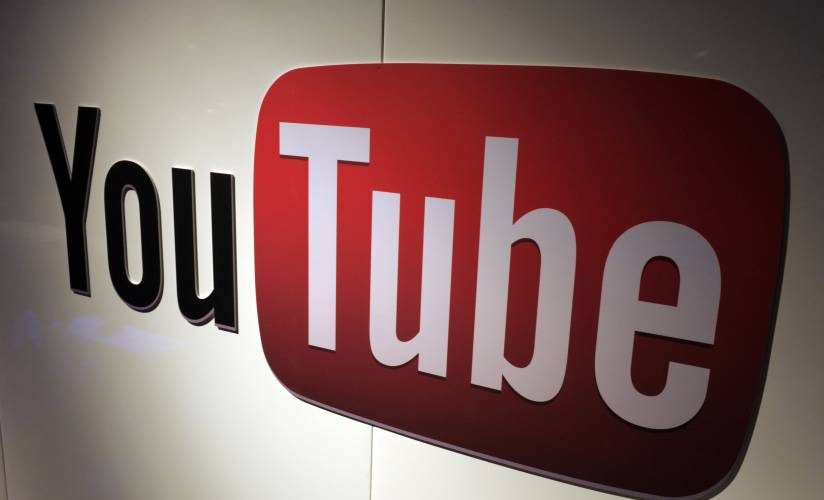 YouTube has announced that they will begin to remove any misinforming content surrounding any approved medical vaccinations from their platform. Bloomberg reports that the site is forgoing their usual hands-off approach to this topic. The video platform will extend their policies against any form of misinformation conveyed on their site.

A division of Google announced that the ban will include any media claiming that vaccines are dangerous or will lead to chronic health outcomes. Over 130,000 videos that broke the new rule have been removed from the site. These numbers will rise as the pandemic goes on.

One year ago, YouTube began banning videos that were critical of Covid-19 vaccines. Seeing early on the policy had limitations, YouTube enforced this policy after creators found ways around it. Making claims about the vaccines without mentioning Covid-19 directly was one way creators went about it.

We can imagine viewers then potentially extrapolating to Covid-19. We wanted to make sure that we’re covering the whole gamut.

YouTube faces some of the same political pressures as Facebook and Twitter. In addition, YouTube is also being accused of censoring speech by political pundits. The platform faces scrutiny for what some believe is labeling and inadequately policing vaccine skepticism and falsehoods.

Halprin said, “The company will allow ‘scientific discussion’-videos about vaccine trials, results and failures.” YouTube will continue to permit personal testimonies. Parents will be able to talk about their child’s experiences getting vaccinated. “If videos aggregate these testimonials into one clip or make broader claims questioning vaccine efficacy, then they will be removed” Halprin said.

“It’s only when somebody then generalizes, ‘It’s not just about my child’. Obviously there’s a line there”, Halprin said. What do you think about YouTube’s new course of action? Let us know in the comments down below! 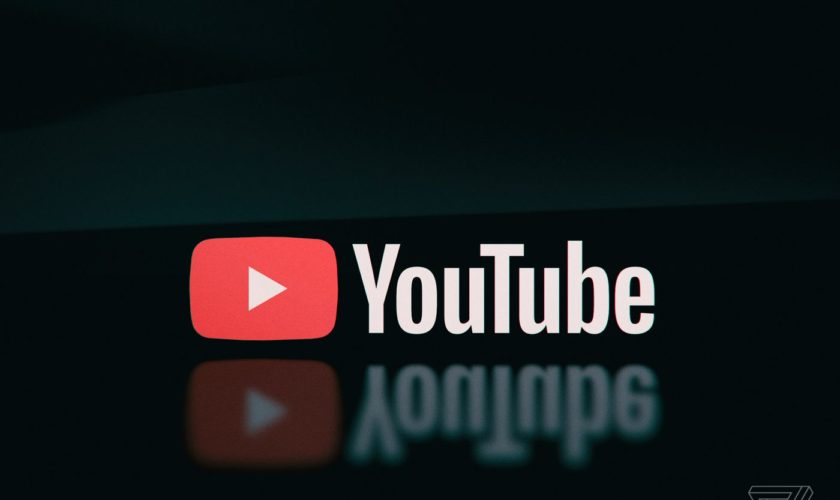 You see them every time you try to view that cool video you saw on YouTube. The consistent ads that keep us from what we came to see right away. Tempting us with a one month free trial, that will keep those ads from showing up ever again. While you think that the majority of us would just click on skip, according to Google there are 50 million people who think otherwise. Google is reporting that their YouTube Premium and YouTube Music services have, or at the least extent, have been given a try by 50 million subscribers. The Verge reports that while Google doesn’t break down what that 50 million means, people are growing legs on a continued trend in their YouTube experience.

THE JUMP FROM FREE TO FEE

With the emergence of so many available streaming services, Google is staking claim in the music subscription service industry. YouTube is touting they are the fastest rising streaming service of its kind via a global newsletter from Lyor Cohen, Global Head of Music at YouTube. While only reporting back in December of 2020 that they were around the 30 million mark, Google is still accountable for breaking down the significant surge in overall memberships and trial ships during that time period.

The unique offerings of YouTube Music and Premium are resonating in established and emerging music markets alike. We’re seeing impressive growth in countries like Korea, India, Japan, Russia & Brazil where music is a top passion.”

For $9.99 a month, YouTube Music subscribers are able to enjoy ad-free music downloads of all their favorite music. The YouTube Premium subscription, billed at $11.99 gives its users the keys to all the doors of YouTube! This includes unique features that range from being able to play music videos and songs while your device is locked or while you’re busy with another app. This type of flexibility perhaps wasn’t available with Google’s previous attempt at entering the music streaming landscape (Google Play Music) which could be an initial argument as to why Google has seen such a turnaround in subscriptions since 2019.