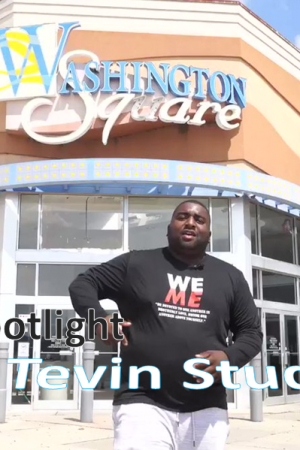 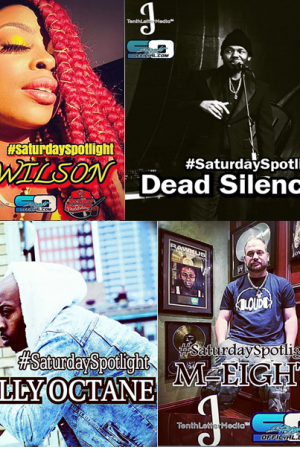 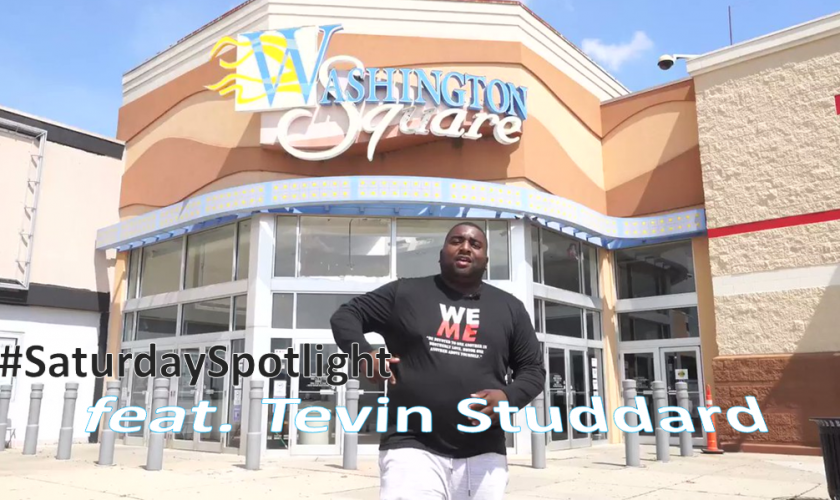 TEVIN STUDDARD has been going HARD over the past few weeks for his community! Born and raised in Indianapolis, IN, Tevin has become both an overnight success and a narrative changer for his city. Ever since he went viral with a rap song about Long’s Donuts last year, the WISH TV 8 personality and entrepreneur has set the bar for putting all his people on. Tevin is built for providing prosperity to his brothers and sisters by any means necessary!

Studdard became widely popular through the production of songs and music videos for collegiate and high school sports teams. Talent runs deep in the Studdard bloodline as Tevin is the cousin of Ruben Studdard, the first African-American male to win American Idol. Tevin used music as a escape from the real life tragedy that altered the course of his life.

“I had a cousin that was killed outside my grandma’s house when I was in school,” Studdard recants. “It was kinda just a defining moment for me. I was depressed and ended up at that time dropping out of school. Music was where I could find hope. It was an outlet of expression for me.”

Going after his dreams with veracity, Tevin would catch the attention of some of the city’s most influential people. He recalled the time that his music made it to WNBA legend Tamika Catchings. “My senior year of high school I sent some songs to Tamika and she really liked them,” he said. Seeing the opportunity to get one step closer to his goal, Tevin came to Tamika with an ultimatum.

“I told her if she liked my music then could I write a song for the Indiana Fever,” he said. “But, the catch was that if the song was good enough for the Fever, then she would let me perform it at Conseco (now Bankers Life) Fieldhouse. She gave me her word and I jumped in the studio like Superman!”

It’s like the worst that they could tell me was ‘no’. If you got the dream inside of you, work your behind off it.”

Tevin Studdard on his go-getter mentality

TEVIN GOES BEYOND THE MUSIC

I caught up with Tevin a few weeks ago as he celebrated the grand opening of Tevin’s Vision. On a Wednesday afternoon, Tevin reached out to 100 small business owners and from his newly acquired building inside Washington Square Mall. Tevin would flood the dying establishment with 133 total business owners! Stores like Sears, Montgomery Ward and LS Ayres which occupied the building years ago could never warrant this much traffic! Tevin was filming a new online series called To-Go Plate. He invited chefs and restaurant owners to sample their dishes and highlight their respective businesses.

From there Tevin would proceed to meet and greet with every single vendor that was in the building. I watched as Tevin took plate after plate from every chef! He proceeded to canvas the mall and shake hands and embrace all the vendors in attendance. It was a testament to how much Tevin wants his people to win. On October 2nd, Tevin will be doing it all over again with the second helping of Tevin’s Vision with the goal to have over 200 business owners and vendors on site!

One day you’re gonna wake up with your dreams staring you right in the face. You better be ready.

It was a pleasure to meet with such a motivated and driven individual! Stay tuned in for our live interview with Tevin. As always, we thank you for tuning in to the #SaturdaySpotlight and tune in weekly for more dope content! 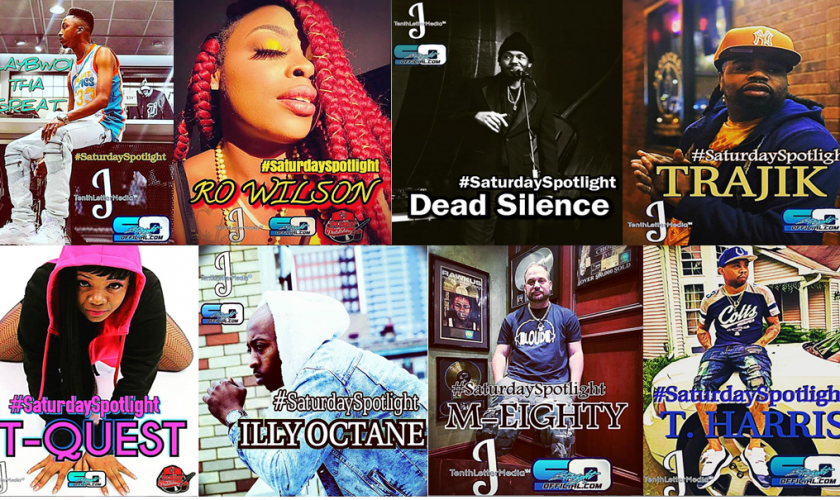 For nearly a decade, Straight Official Magazine has been the source for your daily dose of hip-hop, lifestyle and culture. Serving as the home publication for the Worldwide Fleet DJ’s, SOMag has worked to both keep you up-to-date on the latest news in music and entertainment and breaking new artists. When TenthLetterMedia joined the team we began to work to discover the independent talent nationwide. Saturdays were ours as we connected like Voltron to bring readers a dope feature known as the #SaturdaySpotlight.

It was during that time the city of Indianapolis was on fire, with a plethora of artists that were making hip-hop more than just a weekend thing. The landscape became more diverse and at the same time, more business minded to change narratives and for some artists like Indianapolis rapper TRAJIK to reach unbelievable heights. The first artist that I covered early in my career that ended up gracing the cover of the city’s largest newspaper as the face of this movement is a testament to the change that he spoke to me about way back in the day. Before he snagged roles as an actor in Empire & Proven Innocent, we featured him in the magazine on the heels of his Welcome To Traptown album release in 2019.

From there, it was all gas and no brakes…

Within the same year, another major talent from Indianapolis began to make noise as producer Playbwoi Tha Great was signed to Bad Azz Music and we were right there with a feature about his dope visual for his single “It’s Clear To Me” from his RockSolidForever 2 album release. In ten years of music journalism, I have sat down with some of my favorite artists, but there’s something about doing so with not only hometown artists, but with friends that makes these features hit different.

Like when we got to chop it up with the homie Matthew “M-80” Markoff on the heels of his comeback to the mic with his “Done Done It” release and the amazing interview we had with the one and only T-Quest, we have had a niche for bringing you the brightest and most talented acts from across the land.

And we intend to keep a good thing going…

DON’T CALL IT A COMEBACK…

In coming back from a situation that was out of our control, we are formally introducing the weekend feature back to the masses! This time around, we are looking for more than just artists. We’re looking for business owners, models, producers, comedians… whoever you are we want to shine the light on you!! We’re looking to discover more dope artists like T. Harris, Dead Silence, Illy Octane & Ro Wilson.

As always, we thank you for rocking with Straight Official Magazine & TenthLetterMedia as we celebrate Hip-Hop, lifestyle and culture! If you are interested in being featured in the #SaturdaySpotlight then check out the flyer down below for more information. Stay tuned in for more dope content and remember, it’s the #DueSeason so #GetSOM!!!