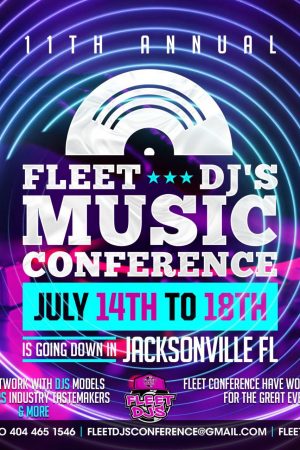 When did you fall in love with hip-hop? That was the question that Majic 102.3 FM’s Vic Jagger asked the several hundred attendees in the audience on Saturday.

“If you all were there from the beginning, you better make some noise,” Jagger said to the crowd.

The radio personality helped kick things off as the museum celebrated the first anniversary of its Smithsonian.

Last August, the museum released the anthology which chronicles hip-hop’s growth and influence. This project began as a collaboration between the museum and Smithsonian Folkways.

The anthology itself is a multimedia collection that includes 129 tracks on nine CDs ranging from 1973 to 2013. Features such hip-hop artists as Grandmaster Flash, Roxanne Shanté, and Sugarhill Gang. The anthology also includes a 300-page book with essays from hip-hop creators.

Work on the anthology began in 2014, before the museum’s opening, with an executive committee composed of key figures. In the music and hip-hop community, such as rappers Chuck D and MC Lyte, historian Jeff Chang, and artist and writer Questlove.

The attendees, both inside and outside of the museum, came out Saturday to appreciate the genre, take part in dance lessons from break dance group Culture Shock DC, attend a panel on the history of hip-hop and rap, and, of course, jam to music.

“What a great occasion to have this festival on the birth month of hip-hop,” rapper LL Cool J said in a video presentation. “Hip-hop culture is important and it is a huge part of American culture in general.

Midge Kay said she remembered watching hip-hop first sprout in block parties in the Bronx. She said back then, she and others didn’t believe the style would survive, but said it’s crucial that events like the block party celebrate the importance of hip-hop and rap. Kay said she still has a lot of music from LL Cool J on her phone.

Hip-hop as a genre began in the Bronx, with Aug. 11, 1973 considered its official birth date. Clive Campbell, also known as DJ Kool Herc, developed “the break.” Isolating the beat track from a record and extending it using two copies of the same record. With breaks and record scratches. Herc extended the beat, making the track long enough so that break dancers could keep dancing. Herc himself could start rapping to add flavor to the track.

“We know the history of jazz, but it’s important to see how hip-hop has evolved. Music is a unifier.

Kevin Young, who became the museum’s director in January 2021. The motivation for the anthology was to give a sense of the broader culture that hip-hop created and represents.

There have been no changes in the anthology since its release last year. Young hopes to keep it going, adding more songs, so people continue to teach and learn about hip-hop.

“Part of this long conversation about what the meaning of hip-hop is important. People have been very responsive to the anthology,” Young said. “Just like any great art, the stuff that works well lasts. There are parts of old-school hip-hop that feel fresh to me and I think that’s the lesson I take. Move people, both physically and emotionally.” 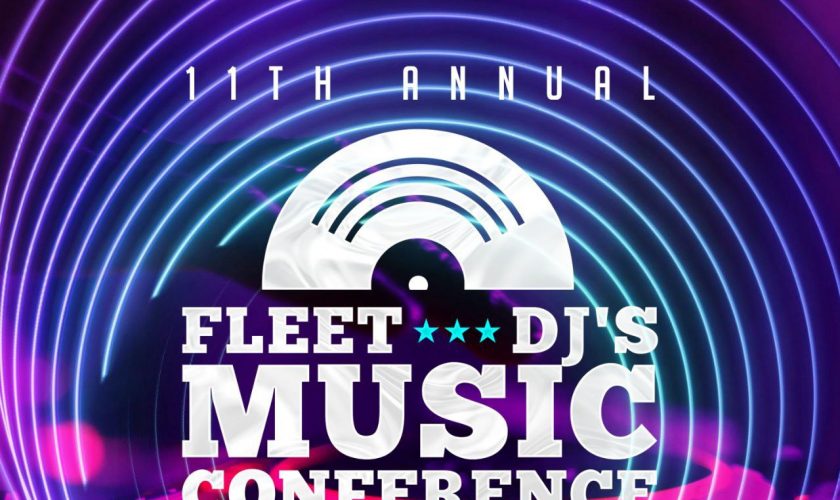 The Fleet DJs Music Conference is an event that for over a decade has been the official open invite from the entertainment industry. Hosted by The Worldwide Fleet DJs, it is one of the major events that kicks off the start of the summer. For the second year in a row the party takes place in Jacksonville, Florida. As the chief editor of Straight Official Magazine, I attended last year’s conference for the first time. I have made it a point not to miss another one!

WHO ARE THE FLEET DJ’S?

A coalition of over 600 and counting, Fleet is a makeup of DJs, industry tastemakers, producers, models, bloggers and artists. This dynamic group is the top DJ coalition in the world, producing mixtapes that feature both major and independent artists. Fleet is well documented for for not only changing the industry, but the members that make up their amazing team.

The Fleet DJs Music Conference provides opportunities to artists and business owners through networking experiences unlike any other. Some events include a celebrity basketball game, a Sneaker Ball and a Panel Day. All attendees can also meet members of Fleet DJ’s as well. They can also gain knowledge from radio program directors and record label executives who will be in the building to assist artists in getting both seen and heard.

The itinerary for the award winning event dropped and this year’s event will be LIT!! The conference will last four days from July 14th to July 18th. Along with the parties, DJ battles and artist soundstages will be the plethora of special guests scheduled to be in attendance. With this year’s conference lasting longer than last year’s, there are sure to be plenty of things to see and people to meet!

The Fleet DJs Music Conference is open to any and everyone. To be a part of the hottest event of the summer, log on to www.fleetdjs.com to register. Tickets are going fast so get yours today!