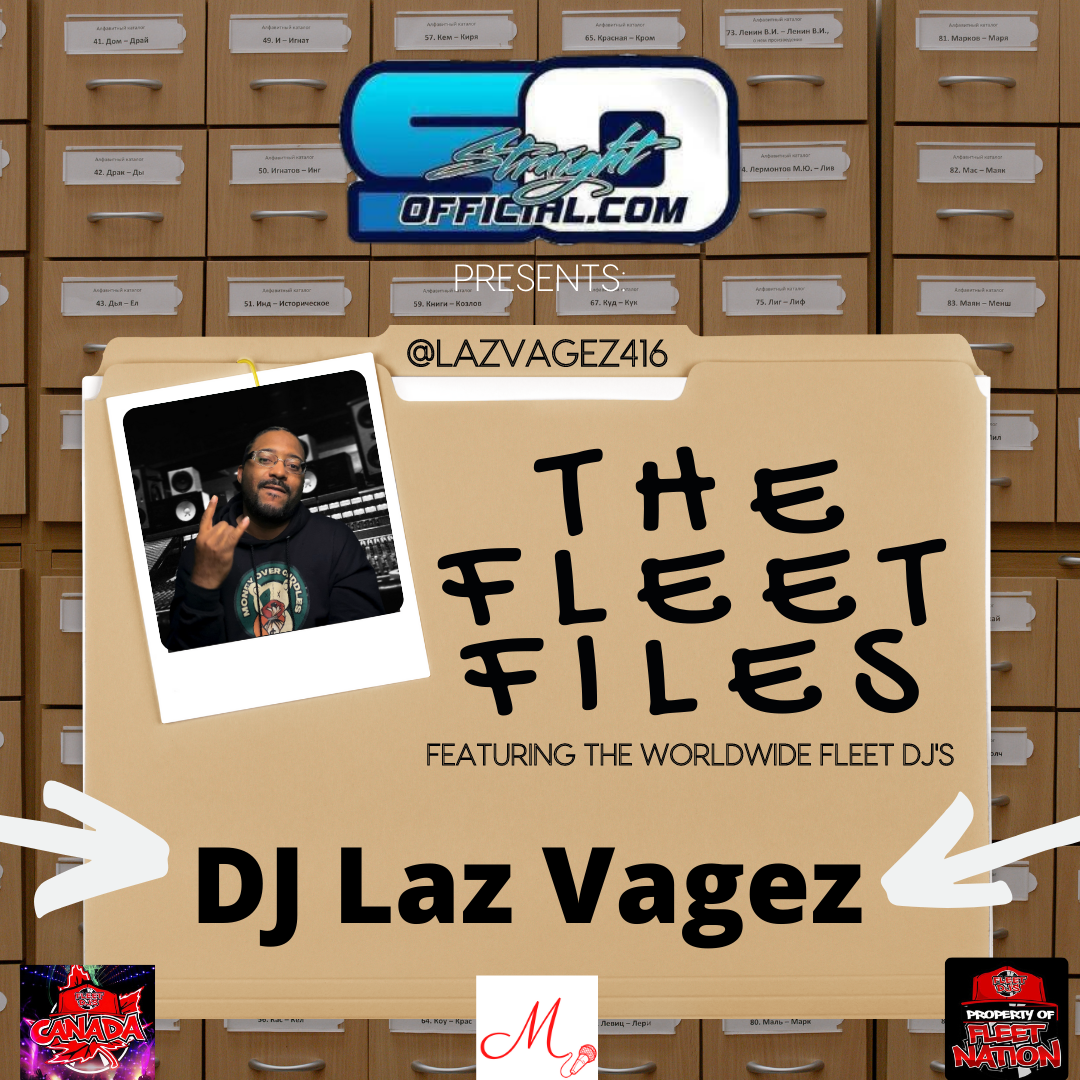 FOR OVER TWO DECADES, THE FLEET DJ’S HAS GROWN FROM A SMALL CREW TO A PROFICIENT COALITION WITH OVER 500 MEMBERS AND COUNTING. SINCE 2001, THE WORLDWIDE FLEET DJ’S HAS CHANGED THE LIVES OF BOTH ITS MEMBERS AND THE ENTERTAINMENT INDUSTRY THEY HAVE THRIVED IN.
THESE ARE THE MEMBERS. HERE ARE THEIR STORIES. WELCOME TO “THE FLEET FILES”!

They don’t call it the WORLDWIDE Fleet DJ’s for no reason. In this file, we head across the U.S. border to Ontario, Canada where we meet none other than artist, producer, engineer, DJ Laz Vagez. It’s safe to say that he is a jack of all trades, and we can’t be mad at that because most of the illustrious Fleet members are. Vagez became a member in 2009 and returned in 2021. So, who is DJ Laz Vagez and how dare he be from Canada with a name like Laz Vagez? Let’s jump right into it!

WHY LAZ VAGEZ STANDS OUT

He came up with his name years ago when he was a radio host for Champ Radio at a local university when he was alongside Hollywood and M Dot (RIP). It was only fitting, but he started his career long before that. At the age 12, he started rapping under the moniker D’Sinatra. By 14 years old, he dedicated his life’s work of engineering to help the hood come up. I guess that’s why you can rarely go to state where he doesn’t know anyone. Fun fact: did you know that Laz Vagez was a credited engineer on a Smiley/Drake collab? He’s really making a name for himself out here.

Vagez is a real asset to us here in Fleet and on the Straight Official staff being that he is one of the program directors on Straight Official Radio. Since he’s so involved in the radio scene, I asked him what the top 3 songs are that he listens to all the time. His playlist right now includes $500 ounces x Westside Gunn, ‘97 Hov x Benny the Butcher, CTG x D’Sinatra & Rock Nitty. He says that becoming a DJ allowed him to learn to read crowds and recognize what music meshes well with other music and to love and respect other genres. He has a lot of people looking up to him so even we think he’s going hard; he’s already thinking of ways to go harder.

Artists, stay consistent. Find a producer and continue to work with that person, that’s how you create saucy hits. Producers, be willing to create new sounds and network. Put out your work anywhere and everywhere. Make beat kits and drum kits and COLLAB! We can collab with anyone all over the world

What’s next for the multi-talented DJ? He’s currently in the process of perfecting his production craft in order to build a project like the Metro Boomin‘ x 21 Savage collab. I hear he’s coming out with an online course for engineers as well. I’m so grateful to connect with such a powerhouse. He’s not a person you can be around and remain stagnant. I’m excited to see what he achieves in the next decade.