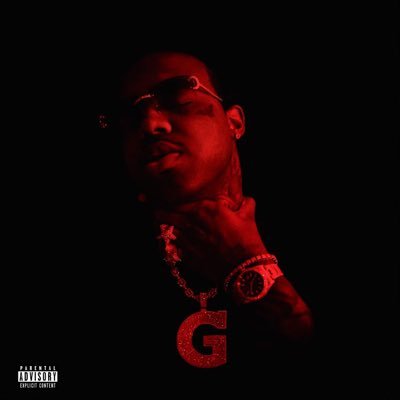 If I ain’t a young shiner then what do you call that?”

Earlier this year the “Bigger Than Life or Death” rapper was cited countless times as one of 2021’s breakout rap stars, and rightfully so. Signed to Yo Gotti’s CMG, EST Gee is credited doing features with the best of them – Lil Baby, Moneybagg Yo, Future, Lil Durk, and 42 Dugg just to name a few. People love EST Gee because he raps about some pretty dark topics, but in a way that truly embodies modern musicality.

We ain’t got no pro team in Louisville, this a brick town”

Now, most people who think of Louisville, Kentucky think of bourbon, racehorses, and Muhammad Ali. Lately in the 20’s, Jack Harlow and now EST Gee, have been running the Bluegrass State. Admittedly, I was not a fan at first, but I rooted for him anyway because we’re originally from the same city. It caught my attention listening to his collab with Moneybagg, which is one of my favorites in the game right now, but still I wasn’t convinced he was the star that Yo Gotti was making him out to be. I recently got a chance to really review the album and honestly, I was upset with myself for sleeping on him for so long. I did some further research and had a fan girl moment when I found out that his birthday is the day before mine – he’s automatically my favorite.

On a more serious note, the “young shiner” was described as being “apathetic” towards his fast rising career. I won’t quote it as a zodiac attribute, because like he said in a Pitchfork interview, “He’s seen it all and thought of it all.” When you get the chance to travel as much as he has, you realize that everywhere is really the same – some places are just flashier or more hood or country than the next. EST Gee has the potential to make it all the way. He used to play football before his rap career took off and let’s just say “he’s good at everything he does.”