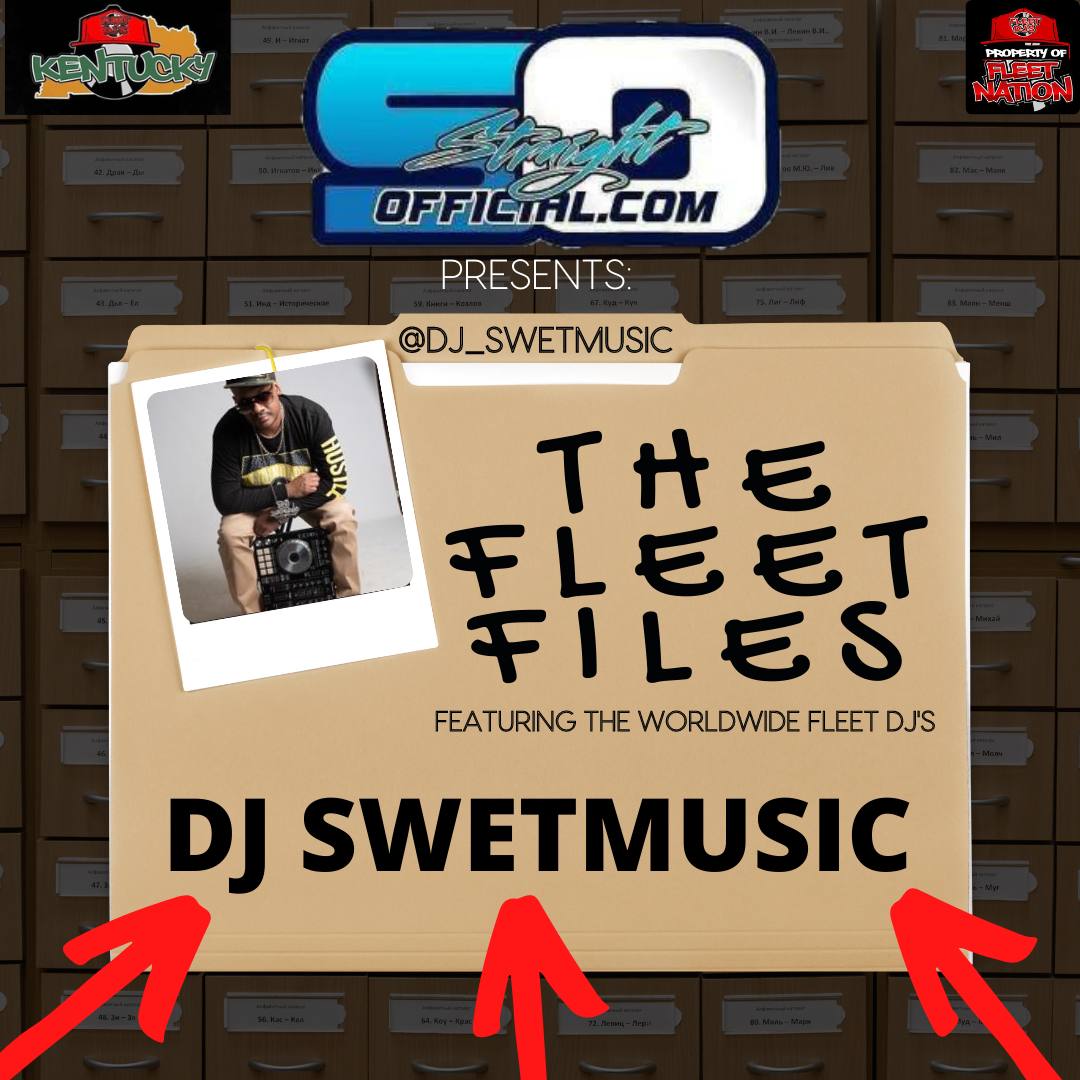 These are the members. HERE are Their Stories. WELCOME TO “THE FLEET FILES”!

DJ Swetmusic (pronounced sweat music), also known as “James Swetmusic”, has been a member of the Fleet conglomerate since 2019. James got his start as a rapper where he was born and raised in southern KY. He began rapping and writing in middle school. By 2003, he dropped the first of 27 mixtapes. He cites his influences as including Snoop Dogg, Goodie Mob, Jadakiss, Busta Rhymes, Dayton Family just to name a few. Swetmusic Ent. is his personal brand, but it started as Swetshop Ent. “Sweat”/”SWET” came from running an in-house studio with a closet as a booth and people were coming out of there sweating to death! Around 2010, he signed to the independent label “Phoenix Legacy Records” in Hopkinsville, KY.

His father was a DJ while in the military and growing up his mother’s boyfriends were seemingly always in the DJ industry, so it was easy for him to take interest. Once he got to a certain point as a rapper, he decided that he still wanted to mingle amongst artists, entertain people musically, and maneuver through the music business, but he wanted to do more! The DJ Swetmusic we know now was inspired to transition to DJing by just continuously hearing dope music and seeing other dope DJs do their thing! Now, he’s a part of an elite DJ family – SHOUTOUT TO THE WORLDWIDE FLEET DJS!

We asked Swetmusic about his best and worst experience as a DJ and this is what he said, “My very first gig ever was the best [because] my name was in a local magazine along the bride and groom… My worst experience as a DJ was when my computer froze 4 times at an event, then I left, went home, and forgot my computer at the event location knowing I had a gig the next day.” Wow! Those are pretty memorable experiences.

Shout out to my Worldwide Fleet DJs and Secure the Vibe DJs family for allowing me to be a part of such dope coalitions! Much love to my friends, family, and fans. Shout out to Kentucky, my home!

Besides being a DJ, James also writes, raps, does artists/business interviews and is a “beat maker”. He released a new video this year for his song “40+” (shot by @tmtelevision) off of his “No Country for Old Men” project available on spinrilla.com, soundcloud, and Audiomack. He let us know that new music and videos will be rolling out in the first first quarter of 2022.

DJ Swetmusic says he appreciates all of the people who have been keeping up with him over the years – anyone who has ever supported and helped push him to continue things musically.

DO YOU! Stay true to who YOU are. Be consistent. Work on your craft EVERYDAY! Build relationships. Take risks. Build a good trustworthy network of like-minded people around you and LEARN THE BUSINESS!

DJ SWETMUSIC ON ADVICE TO ARTISTS AND DJS