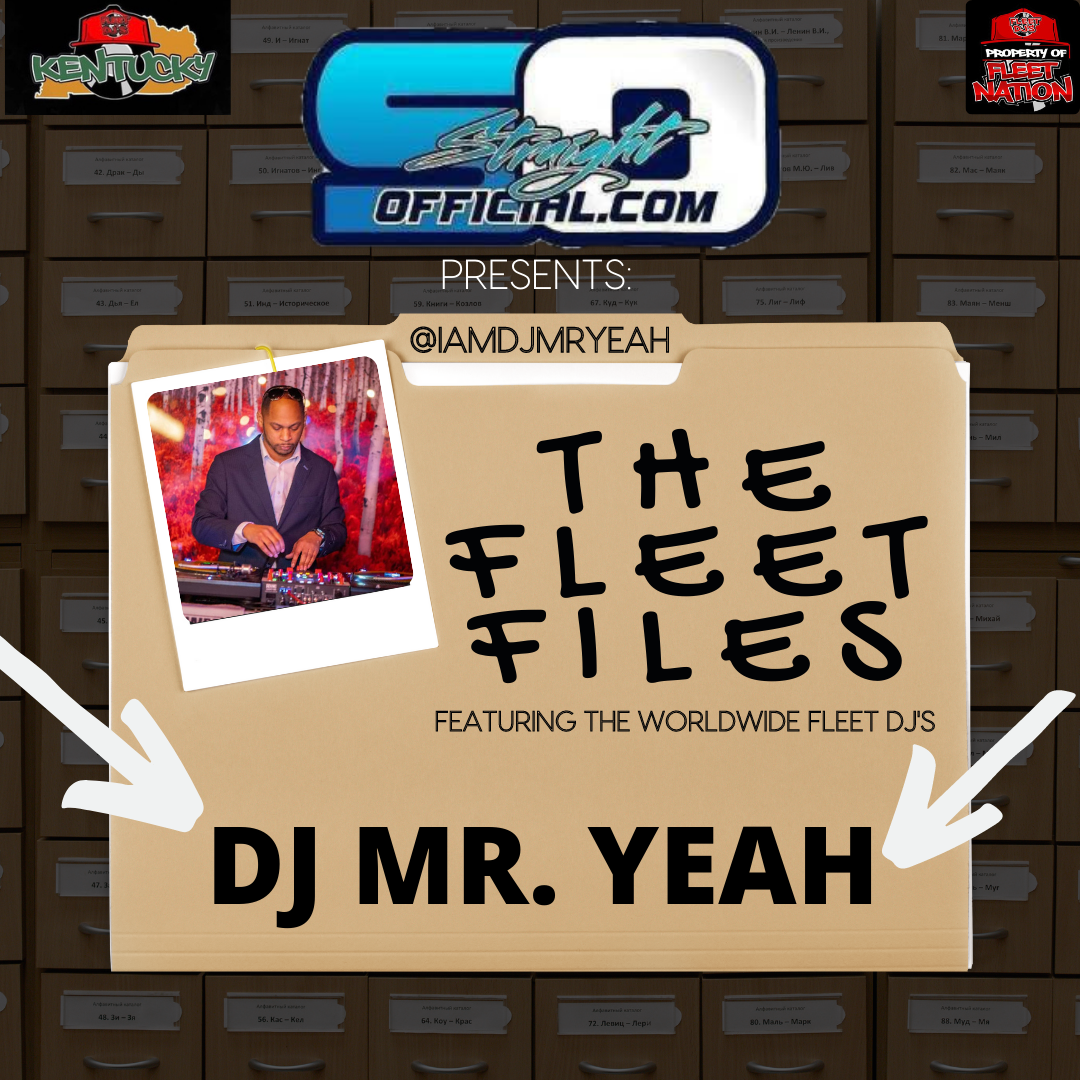 FOR OVER TWO DECADES, THE FLEET DJ’S HAVE GROWN FROM A SMALL CREW TO A PROFICIENT COALITION WITH OVER 500 MEMBERS AND COUNTING. SINCE 2001, THE WORLDWIDE FLEET DJ’S HAS CHANGED THE LIVES OF BOTH ITS MEMBERS AND THE ENTERTAINMENT INDUSTRY THEY HAVE THRIVED IN.
THESE ARE THE MEMBERS. THESE ARE THEIR STORIES. WELCOME TO “THE FLEET FILES”

Today is all about the family! Shout out to Fleet DJ’s as a whole – they’re pretty dope! However, my spotlight this Monday is on Kentucky Fleet State Manager DJ Mr. Yeah. I met Mr. Yeah years prior to being Fleet family, but I confirmed that he is one of the COLDEST during my “March Madness: Battle of the Creatives” interview series. He really does make you say “yeeeaah” or “yaaaas” (for the ladies). Without further ado, let me give this man the flowers that he definitely deserves. Shoutout to the 502 for giving us this leader!

As I said before, he is the Kentucky State Manager for Fleet DJ’s, which means all things Kentucky fall under him. However, he is really an overachiever. Think about those peers or co-workers you’ve had that were a part of every extra curricular. We aren’t mad at you for wanting to be well rounded and pursuing your dreams, but damn what will you do next? I love it, no doubt, it’s relatable. There’s no doubt that he could fill an entire resume with all of the stuff he currently does. The good thing is that he does it all well. Brand ambassador for online drink store Raze Energy, owner of 101 The Vibe FM where he co-hosts “The 502 R&B Show”, program director for K102 Digital, and owner of Imperial Apparel Worldwide. Not to mention he’s a G but that’s a whole different story in itself.

WHY SHOULD YOU BOOK HIM

As someone who listens to and receives music all week, I’m not easily impressed. This man impressed me this time around, with his flawless transitions and beautifully executed blends. I spoke with many DJs after our interview and they gave him the utmost respect. I guess you can say, he’s not new to this, but true to this. If you check out his social media, you will clearly see that he is booked and does not have time to play with y’all! Countless weeks of event appearances have proven that he is standing firm in longevity. Ladies’ nights, holidays, quiet storms, and so much more – his versatility keeps him nothing short of amazing! I hope his leadership skills bring together all of the Fleet creatives in Kentucky for admirable chapter results.

This position was [given] to me with hopes of bringing KY Fleet back on the map within Fleet Nation. I felt it was necessary to accept the offer to do my best to fulfill the task at hand. Since then we have added a good amount of quality members from DJs, hosts, engineers, producers, and MUAs to the KY Fleet Division. WE, not “I”, will continue on the same path from here on out. So, I feel that what is [not] being done since I’ve moved to State Manager from Assistant State Manager, is being done in its beginning stages. We still have work to do.