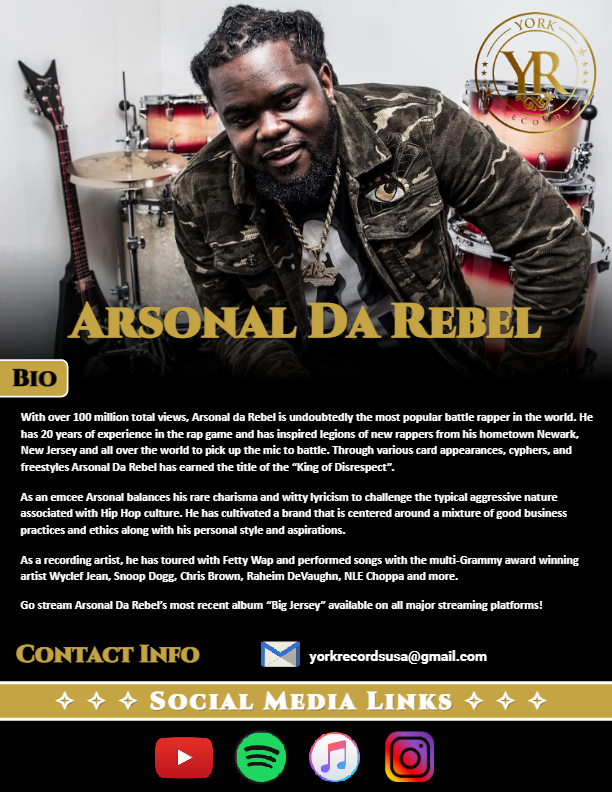 With over 100 million total views, Arsonal da Rebel is undoubtedly the most popular battle rapper in the world. He has 20 years of experience in the rap game. He’s inspired legions of new rappers from Newark, New Jersey and all over the world to pick up the mic to battle rap. Through various card appearances, cyphers, and freestyles Arsonal Da Rebel has earned the title of the “King of Disrespect”.

As an emcee, Arsonal balances his rare charisma and witty lyricism to challenge the typical aggressive nature associated with Hip Hop culture. He has cultivated a brand that is centered around a mixture of good business practices and ethics along with his personal style and aspirations.