Cali Cali, One Of Philadelphia Most Promised Talents 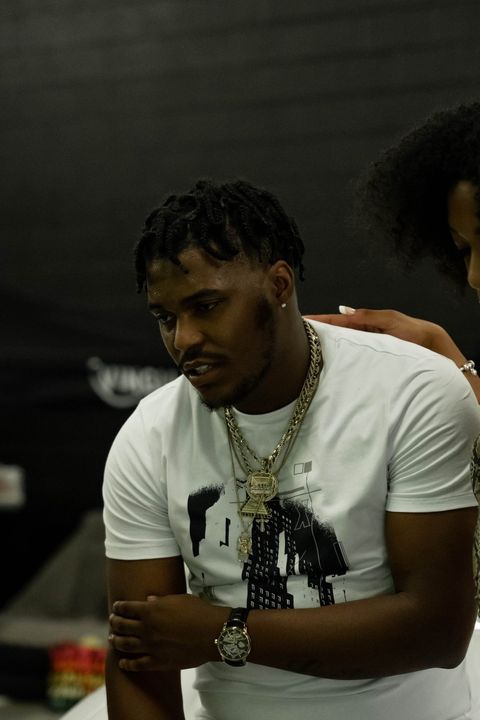 CALI CALI is from a well known artist from a section in Philadelphia named Abortford Projects. Growing up around the age of 10 he can remember his cousins introducing him to music listening to Lil Wayne “Fireman” song off The Carter 1 project.

His older cousin would have instrumentals playing in the house and they would all freestyle. He really started writing songs around the age of 12. In order to remember his lyrics while recording himself on his desktop computer.

WHAT’S CALI UP TO?

Meeting new friends and moving a long in life he dropped his first song with music video. At 15 years old and again at 17 he would produce a mixtape series titled Underground Legend Vol 1&2.

Going by “Calico The General” at 21, the heatwave started to pick up. He worked with producers like Dougie On The Beat featuring with another Philly top talent in Kur.

Few year later, he would shorten “Calico The General” to Cali Cali. Coming under management by B.L.E. Enterprise. Taking his career seriously, he would record 25 songs and shoot 6 videos in a 3 month time span.

Working on his music he would network and make connections with “Shana Sims”from Capitol Records, a few producers who went platinum with Lil Uzi Vert and a videographer named “Carter Vizions”.

Hitting the stage heavily at 1122mg, testing his music out with Philadelphia taste makers, He would layer find himself on a few major tours and Concerts. Hollywood him Tour, Ponzo Houdini Tour and the Dope Shows Concert.

Having songs like 1942 and Coldest featuring Lil Muk just to name a few, has the artist beginning to taking flight. He has been moving the Spotify and social media algorithm in his favor with a little over 400.5k streams. He is currently waiting on a few Spotify tracks to accumulate over 100k stream on a few singles.

What advice would you have for other artist in your position?

“Do What You Love Without Regrets Always Look Ahead”

What do you want out of your career?

“Recognition and credit in the music game 30 years from now”